Apparently @CobraTV and @UnimatrixZeroOne both received packages from Loop16… sent from their own respective addresses. Both contained a bag of rabbit food and a note: “For Mr. Noodles ONLY do not eat”. 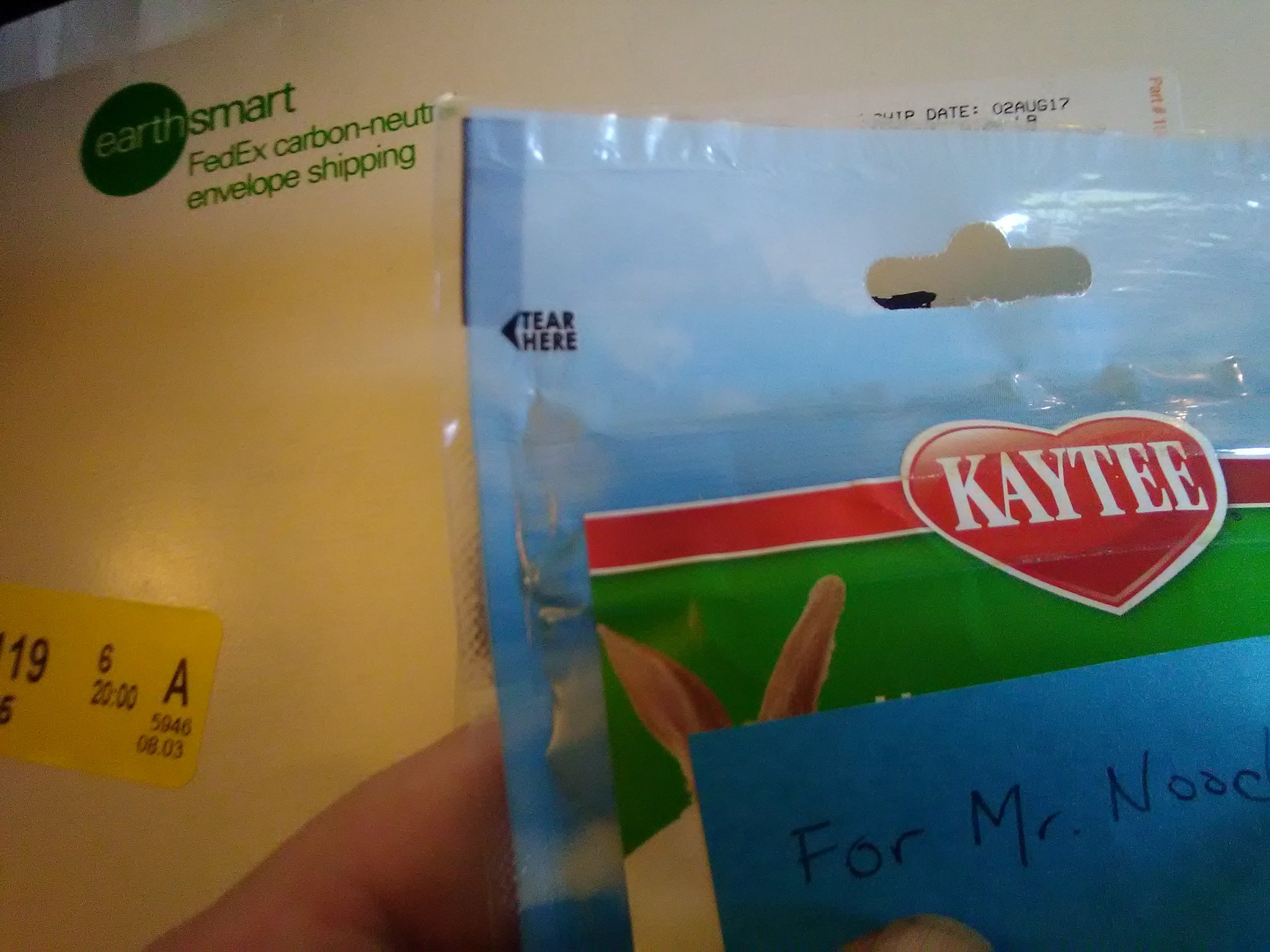 Sender info says origin Id poua loop16 and had my address following that as the sender that's why I blacked it out . had to repost sorry 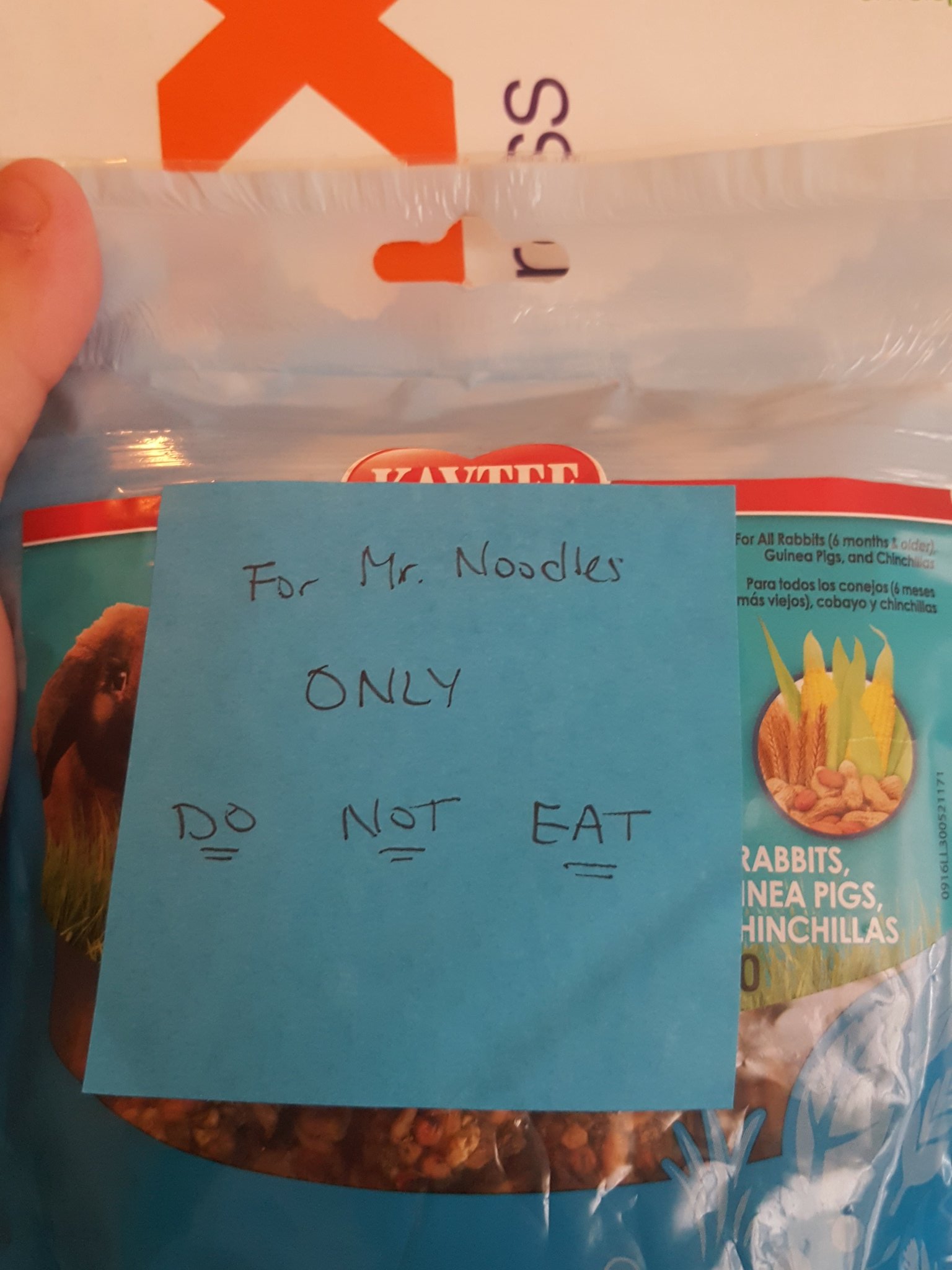 I have received...rabbit food. From loop16. From my own address. I sure hope it's from @hellogames @NoMansSky

According to Cobra these are officially confirmed to be part of WT. I’m at a loss

, you folks have any thoughts?

obvious but, who is Mr. Noodles? did i miss something along the way?

from Alice (and Smith) for sure!

Noodles are the old ones!

Well for one its a Sesame Street character

i don’t recall anything referring to Mr. noodle.

So the old ares are rabbits? Like Monthy Phyton rabbits or regular rabbits?

I’m thinking Mr. Noodles is some sort of test subject

It was sort of an early in joke with the arg that has now been absorbed by it as far as I know. Thats why there were noodles given out at the live drop in NY. I’m not sure the exact circumstances it came about as I wasn’t here for the first two weeks of ARG but also as others pointed out it conveniently is an anagram for old ones.

Some of the earliests teases for waking titan were lovecraftian in nature, referenced stuff from abandoned buildings quite a lot, and seemed to hint that waking titan was basically waking an old one. More hints to this being the lead moderator of ETARC is caled OLDGODS and his location are GPS coords where R’Yleh is supposed to be, the sunken city were Cthulu slumbers.

For a while the Old Ones reference died off but recently we got Call of Cthulu by metallica as a video link, and someone I believe figured out the un used numbers on the decoder wheel converted to gutiar tablature and were the first few notes to the opening riff of call of cthulu.

Okay so, why were they sent from themselves? Well, because they sent it to themselves! From the future! More time bending ARG stuff

It’s rabbits all the way down.

Some would indeed see another Cthulu Lore connection:

The Green God is one of the Great Old Ones and is a sentient plant-like entity dwelling within a series of subterranean caverns, where it is always served by mutant rabbit-like worshippers. (source wikipedia)

I’m sitting here giggling over the image of some spawn of Cthulu, holed up in the basement of R’Yleh, ruling over a web forum of cryptic puzzles rather the going outside to join the family business of crushing wee mortal minds.

well that would be interesting if they are referring to the sesame street character. Picked this up from wiki.

“The Noodle Family appear in the “Elmo’s World” segments of Sesame Street. A group of silent characters. Elmo frequently asks the Noodles to demonstrate how to perform a chore or answer a question; they respond through pantomime, but invariably gets the process wrong, or fails to follow Elmo’s instructions. Through trial and error and repeated prompting, The Noodles usually manage to figure it out.” 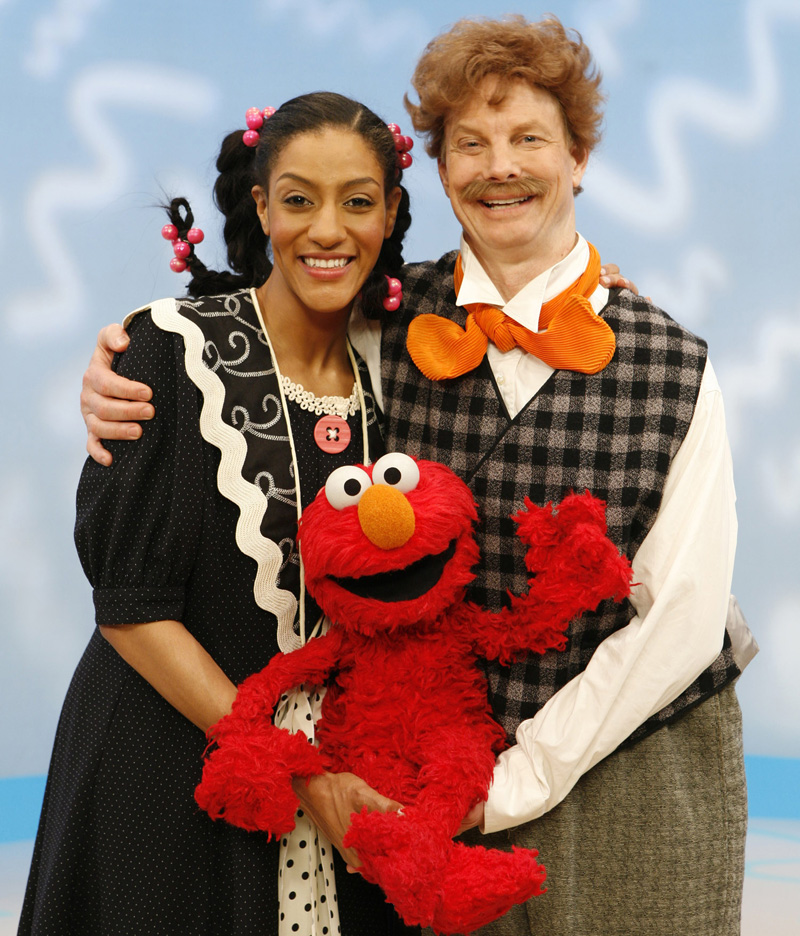 The Noodle Family appear in the "Elmo's World" segments of Sesame Street. A group of silent characters, Elmo frequently asks the Noodles to demonstrate how to perform a chore or answer a question; they respond through pantomime, but invariably gets...

Not sure how to take that, if that is what they are referring too haha. But they also did hand out a cup of noodles at the NYC live drop, so I think there is something to do with Noodles.

There’s also Blood-C connection (which I know nothing about):

Look for “Bunny” in here : http://bloodc.wikia.com/wiki/Old_Ones

before we over think this, didn’t everyone at the NYC Live Drop get a Cup of Noodles? I think the girl said, " because they’re healthy" or something when asked why they gave them noodles…

Before the ARG was linked to NMS, or was 100% definite related to it, people joked it was an ARG about Mr. Noodles. I can’t remeber what brought the joke about, I think it had something to do with one of the hints or someone solving a puzzle wrong and coming up with Noodles or something alooong those lines.

Anyone in here with a better memory than me can confirm back that far?

@TotalDamnation She apologizes at one point that they didnt have enough for everyone I think? May have misheard her. I remember though, SO many people present at the live drop and even on the discord and in here were really thrown by the whole noodles thing, I guess a LOT of new people came on board for phase 2 and missed that one little caveat thats been ever present since phase one

Anyone who partakes of its flesh (i.e., the vegetables that grow from its plant-like overgrowth) will eventually transform into a grotesque, rabbit-like mutant.

Is this why we’re told not to eat it?!

Yeah but most of the people at the livedrop did eat their noodles, god knows what they were made of… the mutation has started…