The burning ship bug lead to an odd discovery about our new cooking system.

Under Menu > Catalogue, I see that “Cooking Products” are carried across game-saves & modes.

My discovered “Cooking Products” in my v2.0 Normal are carried into my v1.5 Survival.

Is this a bug or issue, or is it intentional?

Anybody else experience this? 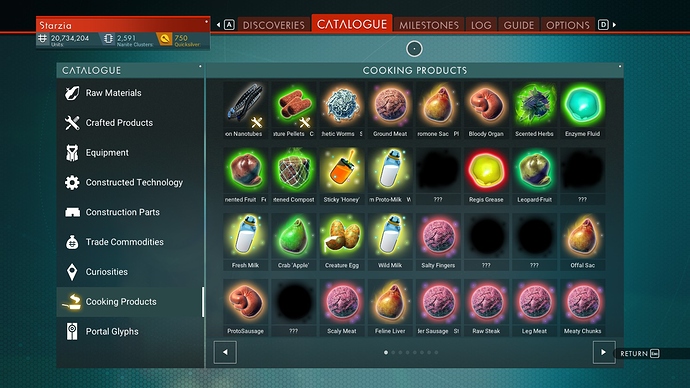 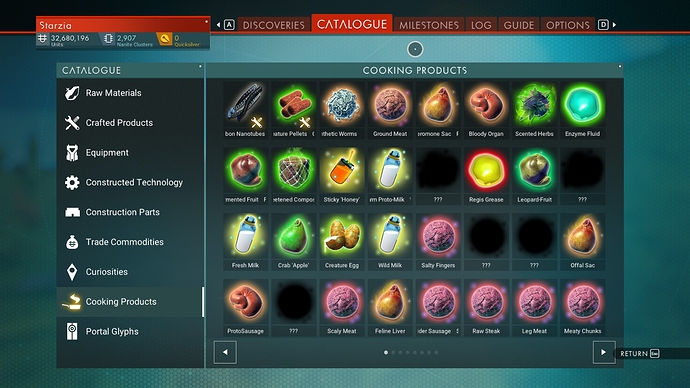 It’s probably a bug… the thing is, we know the recipes were part of the data already since well before 2.0.
Since the discovered recipes are persistent between save games, that means they are treated as global data. This is probably intended, since they are freely craftable once the player knows how. I.e. they must not be unlocked in a game, you can create a recipe without ever having heard of it. In the context of meta-gaming, there is therefore no reason to not share this knowledge between savegames freely.

Now comes the unintended part: Since these are global data (i.e. stored somewhere in the user folder, but not in the savegames themselves), older versions of the game will have access to it. And since all the data was already there in 1.5, it’s only a small step to concluding that not only was the data there, but also the facilities to interpret that data. In other words, the only reason that data never showed up in the older versions, is that there was no way to discover it. Once discovered, the code just picks it up in the user folder and presents it, because it would already have been able to do so for quite a while.

I probably didn’t get everything right, but I think it goes somewhere along these lines.

I doubt that this is intended to happen. At one point, shortly after the release of NEXT, I noticed my quicksilver purchases were being shared between several of my saved games. Sadly, it stopped with the next patch.