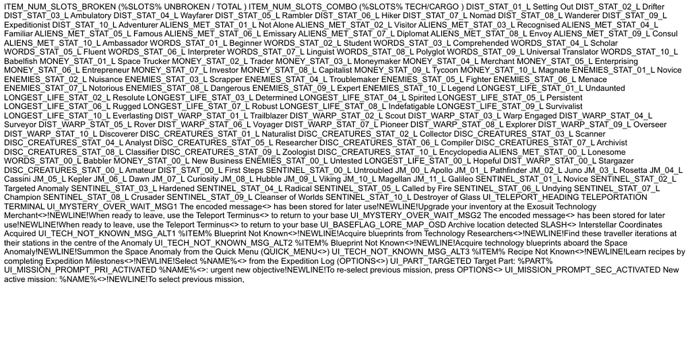 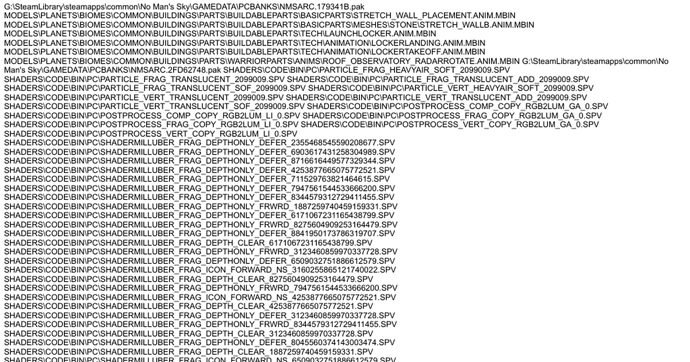 This is a continuation of the topic below, but for the Frontiers update. Post and discuss your datamined content here! Note: The warning for spoilers in the topic title should be enough to not require using spoilers here!

I have moved your reply to become a new topic in the NMS Waypoint category.
I’ll include links back/forth for clarity 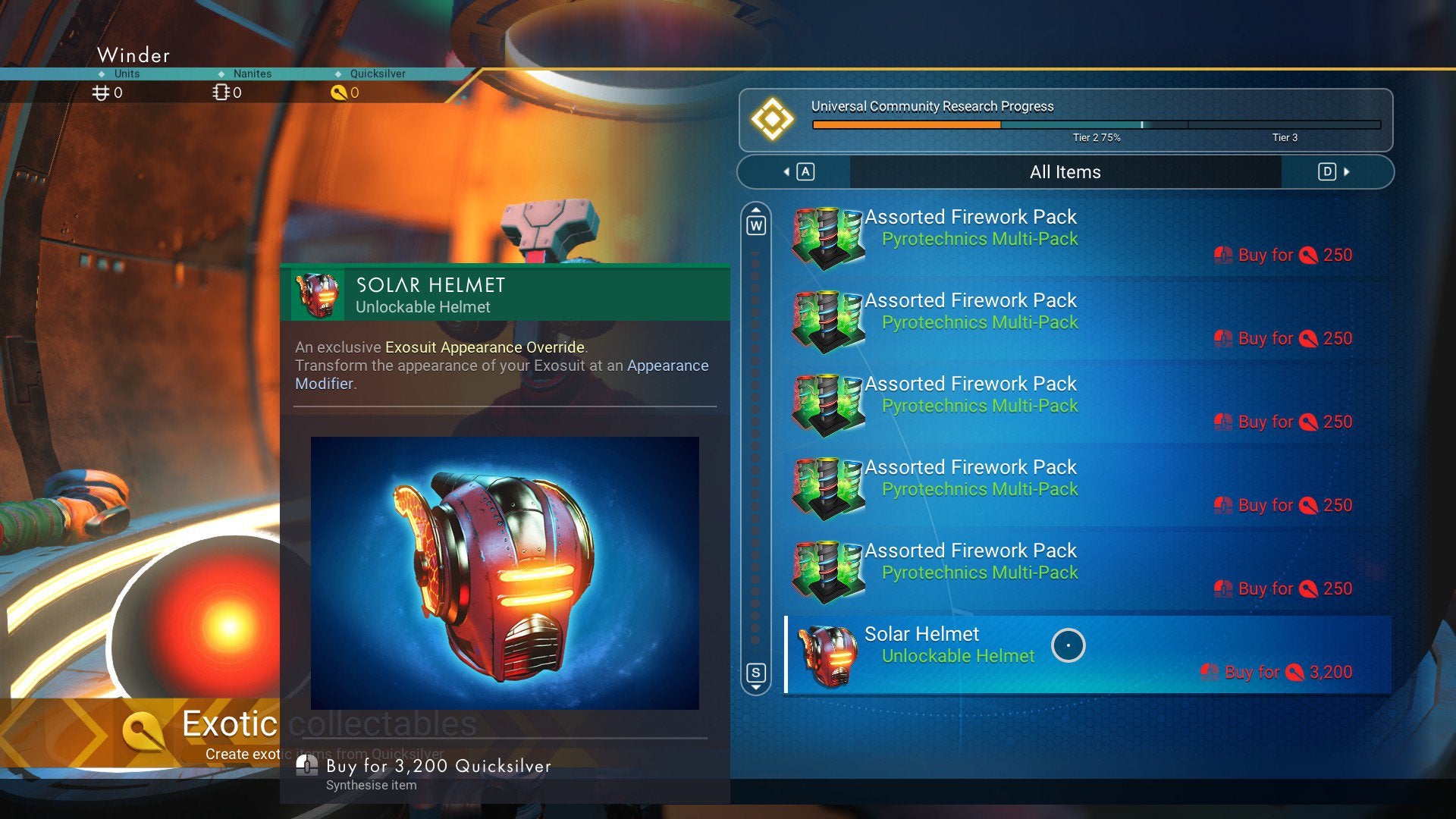 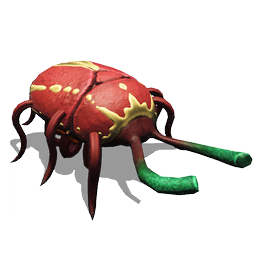 Why Friday? Stupid real world stuff in my way lol

So I dunno about anyone else, but i am expecting another update in November (for MacOS). Question is will expedition come before or after.

Apparently the Ventura or whatever it is called, containing the Metal 3 used by NMS is expected to release around the 18th -28th. So we should see activity not long after maybe.

Would like up well with the end dates for the final in-files Community Mission, which iirc is somewhere mid November?

There are a lot of references to Season 9 but Extremely vague. A few items with placeholder icons and unregistered string IDs, and an entire section in the Reward table (which is mostly a clone of expedition 5, with a few references to item tree missions).

Something interesting about the reward table, HG have included placeholder entires for Expedition 10 and 11 as well, which are complete clones of expedition 5.

There is also a big collection of missions in the seasonal mission table with an S9_ tag appended. I’ll try and add that file here if I can find it. 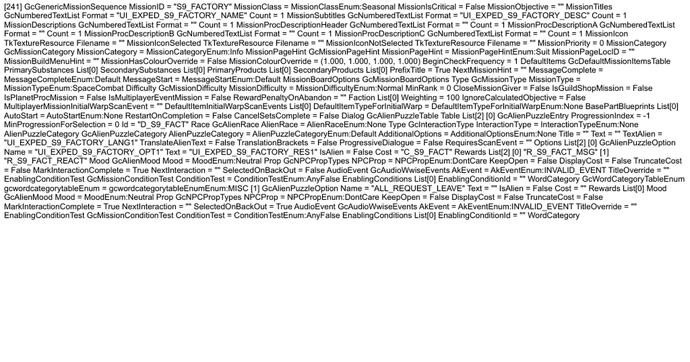 well that verifies what I thought about the s9_icons then. Soon as I gets some free time, I am going to dig in a little more myself. But given there is 2 months left, MacOs update is supposed to come this year, I have a feeling as mentioned its not far off, and they will release the Expedition with it, as there will likely be not much in the way of updates…10 & 11,for the after Christmas quiet time??

Some new strings about locking settings in latest steam build:

DIFFICULTY_SELF_BAN_DESC
With difficulty settings locked, no settings will be available to change after the game has started.!NEWLINE!!NEWLINE!This action is permanent<>.

So you will be able to lock your settings to keep yourself from ‘cheating’…as long as it is an option.

I kinda like it. Being able to lock it, allows you to custom settings once. Seems fair. I mean those that are gonna cheat…will cheat regardless. I checked in game, doesn’t appear to be implemented yet. But will be a nice addition…

I really hope they fix the slots soon. if 60/120 than so be it, but people unlocking 99 are gonna be vocal again the longer they leave this… If this is about balancing, I think they went too much this way for storage. (Just exo & ship) I like the others cargo room…not sure about 60 tech slots in freighter…

think they rushed this…and really didn’t think it out clear enough. Would like to see clear distinction in max slots or slot stack size differences, based on ship class. the 3+3 thing…max it a difficulty option just to shut people up. keep 3 as normal, and 6 as easy or something.

I keep seeing hints in code of some interesting things…I hope they play out. Think we are gonna see more structure changes in MacOs update.

Checked out the changes…there was a bunch of mission tables updated in preparation for seasonal game play, difficulty level for missions from seasonal data etc… most everything else was in notes, except some color tweaks to tech icons.

hmmm …so there are 3 cape entries…I thought they were existing capes just updated English strings, but this update adds new icon files. Also I see the worm cape (1 of the 3 capes) is in the next tier of Quick Silver after the current 3 grass items finish.

UI_CAPE_WORM_DESC
An exclusive Exosuit Appearance Override
“The worm lord towers above the dusty earth; its flesh becomes the sky.”
Transform the appearance of your Exosuit at an Appearance Modifier<>.

UI_CAPE_JELLY_DESC
An exclusive Exosuit Appearance Override
Flow across the galaxy with this cape’s lattice of fluttering tentacles, woven from regenerated cellulose fibres.
Transform the appearance of your Exosuit at an Appearance Modifier.

UI_CAPE_BIOFRIG_DESC
An exclusive Exosuit Appearance Override
In the furthest reaches of space swim the cosmic megafauna, aligning their paths with Travellers, dreaming of possible realities.
Transform the appearance of your Exosuit at an Appearance Modifier

I can’t wait! If they could just make them visible to others… 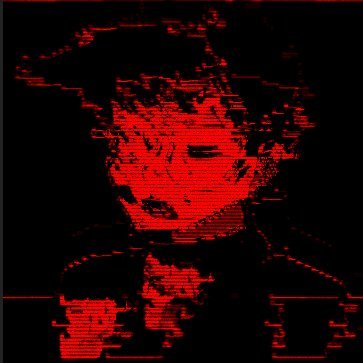 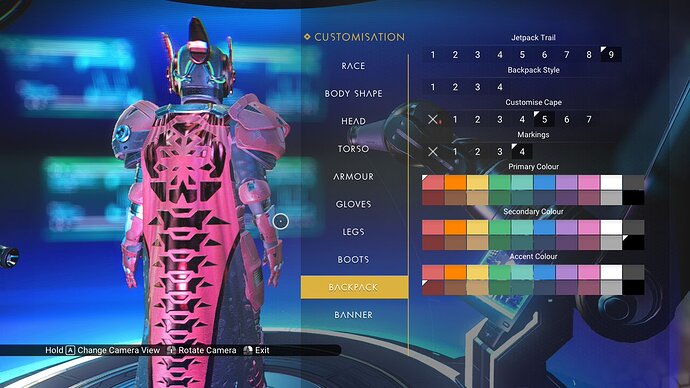 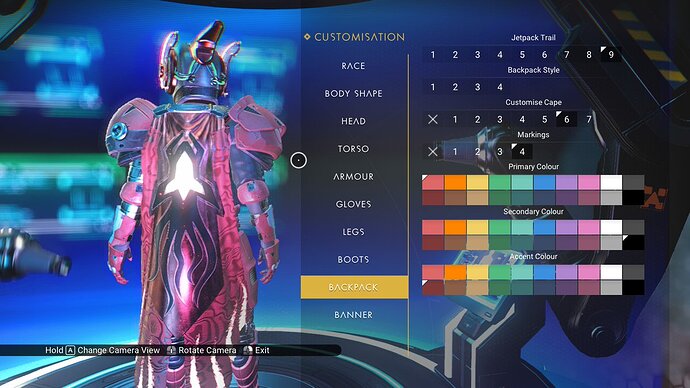 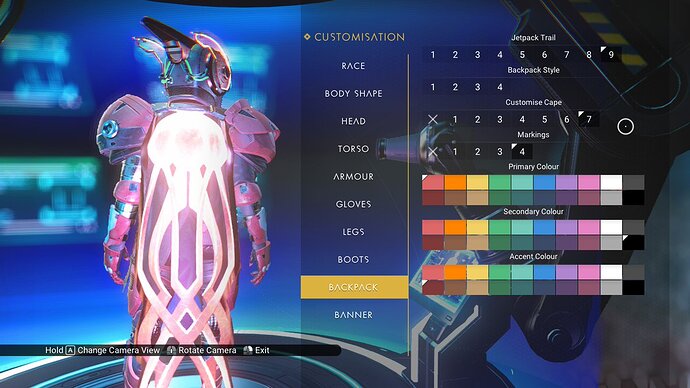 since not many new strings :slight::

WAR_1_PLAQUE_END
The plaque is cold and silent.The Saga of the Vy’keen has concluded.

TRA_1_PLAQUE_END
The ancient stone is still.The Dominion of the First Spawn has been spoken.

EXP_1_PLAQUE_END
The historical structure is silent.The Testament of the Korvax has been voiced.

I havent noticed in game where max slots is displayed. This was something i was hoping would get added for people.

Seem to be lots of little things sneaking in. Really hope they keep this updates coming lol

I havent noticed in game where max slots is displayed. This was something i was hoping would get added for people.

Data for this is all detailed in the INVENTORYTABLE, while in-game it is not possible to really see what max ability would be. This does depend on ship type and class, as I have compiled in the image below with ‘intended’ values: 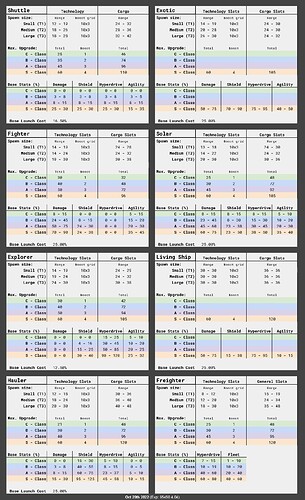 No I understand that. But I was referring to the English Strings being added:

That I haven’t seen them implemented anywhere in game yet and it was something I wanted to see in game.

Though thanks for the quick reference tables…handy.

I figured you were aware of the source, but still useful for others.

That I haven’t seen them implemented anywhere in game yet and it was something I wanted to see in game.

Try expanding slots, paying attention to the text in the button for purchase once you reach max, that is where you will see the string used now. 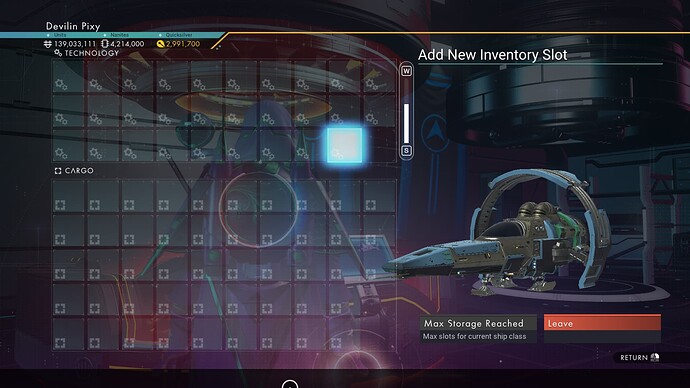