It’s been a year since No Man’s Sky first released, and it’s been an exciting, intense and emotional time for us at Hello Games. We have been quiet, but we have been listening intently.

This is the biggest update we’ve released to date, featuring a new central storyline and a wide array of new and improved features. Whether you’re a veteran interloper or completely new to the No Man’s Sky universe, there has never been a better time to start your journey.

Full patch notes are available here: Atlas Rises Update - No Man's Sky, but here’s a quick run down of the main features:

Our story brings a new quest system and branching narrative to No Man’s Sky. In the Atlas Rises story, the fabric of existence is starting to falter. A mysterious new inter-dimensional race have appeared, and ancient portals have begun to open.

Glitches in the simulation, visualised by strange floating orbs, allow players to see and communicate with up to 16 other travellers and explore the universe together. While interaction with others is currently very limited, this is an important first step into the world of synchronous co-op in No Man’s Sky.

On behalf of myself and the team here at Hello Games, I just want to say thank you for this year. Thank you for playing, providing feedback, sharing, discovering and so much more…

Why the pathfinder update video?(Just curious

Why the pathfinder update video?(Just curious

Time Loop! The ARG has been re-initialized!

I cant decide whether or not to restart, I would like to know what everyone else is doing and then go with the tide:smile:

Well spotted! You win the prize… of the correct trailer!

So seems your ID is quite narrowing now… not from A&S side…
“we”… “on behalf of the team”… am I right Sean?!
Cheers man!
Thank you.

Update 1.3 will release this week and will be available for free to all No Man’s Sky players. We’re calling it Atlas Rises. It focuses on improving the central story of No Man’s Sky and adds the ability to quick travel between locations using portals. Patch notes will be made available shortly before the update goes live.

I had a feeling 1.3 would follow the trend from the previous updates: Little promised, tons delivered. Sure enough, I had to take a break from reading the full patch notes, they just kept on going! The team at Hello Games is simply amazing. Thank you all so much!!

And now for the longest day of work…

The ARG felt epic, this feels massive… It’s just so wonderful to think that there are so many people sharing the same dream. Thank you guys, from the bottom of my heart! 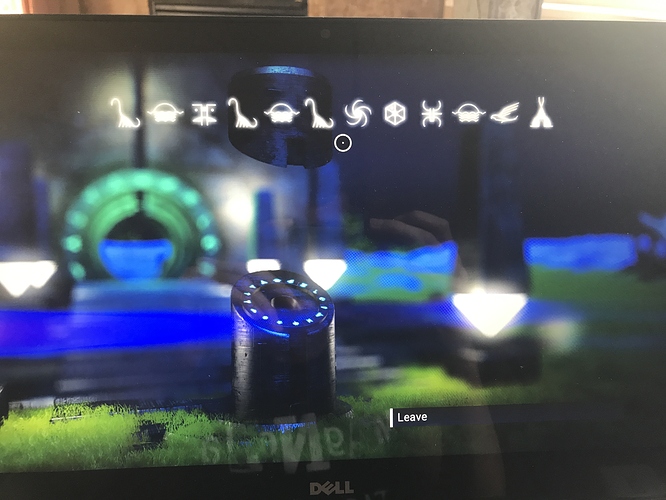 If anyone wants to meet me

this is my planetary address at the moment
Edit-this is not my home base, just a planet I was on at that moment, I am long gone now, so please do not waste resources to come here

How about I am a new player with the new update

Yes, I realized there is also that status,but, it was to help me decide whether or not to restart, I’m a bit selfish:smile:(I decided to not restart)

This update looks so badass! I am for the restarting camp(all my millions

), although I only have maybe 30hrs in or so(fairly new player on PS4) and just got the PC version on sale too. Work day can’t finish fast enough!

Honestly, the early stuff has changed so much that it’s really worth starting from scratch.

I just started a new game in normal mode. There’s a thousand little improvements. But I’m finding it a lot harder - more like survival mode. Not complaining, mind you.

Hey, I’ve just completed the Atlas Pass and were ready to go to the center of the galaxy. Would that be a good way to “restart” instead of erasing my former save?