The Fastest and Cheapest Way to Max Out Ship Inventory!

After trying to salvage crashed ships and finding it to be way too slow for getting inventory expansion upgrades, I found a much faster way that is also much cheaper than straight-up buying the inventory upgrades. I detail the technique in the video below:

I’ve been mixing it up: some of what you are doing (it hasn’t consistently given the augments You got lucky getting two!

), doing Nexus missions that give augments as rewards, and claiming crashed ships and scrapping them.

I don’t know if you noticed our Crashed Ship Registry started by @Polyphemus: Here is the link just in case: Synthesis - Crashed Ships Register

I’d be interested to see how it works out for you in future on a larger sample. Lets say, 20. And see what the % of Augments that you get only from that sample.

Hopefully your luck will hold! Two! from a low level ship. lol So lucky!

I did this for 2 hours today. My paperless estimate is that I got an augment in every 1 in 4 ships that cost between 1 and 3 million units. I’ll post the livestreams of this when I make them into Youtube videos so you can calculate the rate yourself if you like.

Looking forward to the new video.

I just now did a test run on this, three purchased ships: C, B, and A.

As anyone can tell, I’m finding myself to be very interested in this process of up grading one’s ships. Also my activated indium mine is getting some love these days again.

Here’s is the first video where I started scrapping purchased ships constantly. I’ve begun to notice that the rate of getting inventory modules depends mainly on the class of the ship. A rank almost always gives an augment, B usually does, and C rarely does. 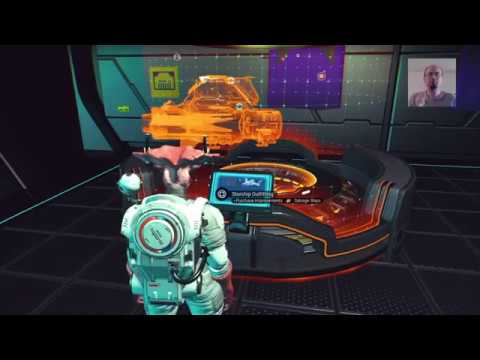 I had a S-class ship (Fighter with 19 slots) that I scrapped and received 2 augmentations among the other sellables.

Excellent, I’m going to give this a try.

I’m working on my S-class fighter which is currently 48/16.

Thank you, gonna max it out!

So I have now received 3 Storage Augmentation units from 3 consecutive Trade Frigate Missions [1per mission]. I also have found sending 4+ frigates per mission, with Frigate Mission Boost modules, works well for mission success and positive units and items rewards.

This is the 3rd mission which completed today. 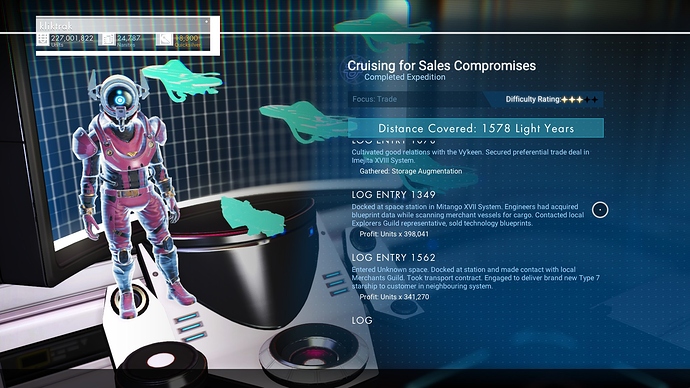