Multiverse-75 will be the next site to go live 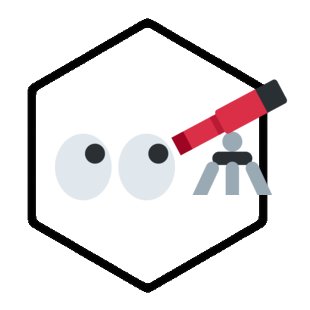 Looks like we should be expecting an ad from Multiverse Technologies tomorrow then!
6 Likes
Skeex June 16, 2017, 4:30pm #2

I was half expecting them to initiate on numerical order.

Guess there’s some sort of clue hidden there

We’re pretty sure the clue is “duple”.

There is an order of words (well, a list with a particular order xD) that we have! Myriad-70 should be the next website

All cool and stuff but only thing with this is it is all a wait game, plus at this pace i am afraid we will figure it out so fast we will be solving it then waiting for ages again

It’s like a weekly TV show. Do they still have those? I only watch youtube now so I don’t know.

The only explanation I can come up with is that they are peppering in future clues into these websites and we’ll have to start connecting them together once we get more of them. Otherwise it doesn’t make sense why the only real progress made from echo-64 was from the very simple puzzle on the homepage. The hunt for the Hamlet quote was much more interesting, but it hasn’t been used at all (same with the suspicious numbers on the website, and the three YouTube links we’ve gotten so far). I feel like (read: hope) they’re building everything up and we’ll have a much bigger puzzle on our hands once everything has been set in place across the various websites.

According to my dictionary, a multiverse is: an infinite realm of existence or potential existence, of which the known universe is regarded as a part or instance.

Multiverses are definitely an area of wild scientific theories at this point, but all of them basically boil down to different types of other spaces of reality outside of our own. https://en.wikipedia.org/wiki/Multiverse

Yes, this fits in with our theory that the transmissions from Elizabeth Leighton are from another reality where the Atlas Foundation exists. Also, Emily suggested in a recent interview that echo-64.com appeared claiming to have been around since 2009 because someone is “manipulating time”.

Multiverse could be a company with new technology that is attempting to communicate with other realities, but we will find out tomorrow.

The Rick & Morty setting is a pretty good contemporary example of a multiverse.

" According to my dictionary, a multiverse is: an infinite realm of existence or potential existence, of which the known universe is regarded as a part or instance."

Not sure where to post this. But someone on reddit posted an interesting site for Superlumina. You can see the cached version of this site, as well as some investigation here. I found a facebook, instagram and youtube account tied to superlumina thru the cached version of this site. So far the youtube is the only thing with content, and has uploaded one video of Jupiter. https://www.reddit.com/r/NoMansSkyTheGame/comments/6gd9wf/waking_titan_megathread/dj01xtx/?context=3

If anyone has questions lmk.

Pretty sure that’s an unrelated site. Our site is superlumina-6c.com not superlumina.org

Just edited my reddit comment, think I found the guy who runs the site, and it’s just some new age hippie guru. You can see some much older posts on google cache. Weird coincidence though.

The timing for the activity of that site seems to fit if it were a part of this. The Jupiter video feels like it’s in the right vein, science-y with a dash of mystery. There’s even a link mentioning portals on the cached version of the site. The current “coming soon” version, while in no way identical, does have a similar feel to the “be patient” sites.

The only thing that feels out of place is the satanic rappers video. It doesn’t strike me as the kind of thing they would link to. But I wouldn’t rule out it’s connection to WT completely. It could be a companion site to superlumina-6c, sort of like what project-wt is to wakingtitan.

Except that all of the WT sites we know about can be directly linked (either through clues or whois sleuthing) back to Waking Titan. There’s enough random junk on the internet that you could spend years spinning your wheels on sites that have nothing to do with WT. Anyone is welcome to start a thread about that site I guess, but let’s leave discussion in this thread to the multiverse-75 site.

Heck to go really along a far path - perhaps the creation of Echos caused a splitting or causality and the Multiverse tech was an attempt to either fix the issues caused by playing with Markov Chains and Echoes or to utilize what Echoes was doing. If this is an Origin story for NMS

(or for anything) then we may be seeing the steps that moved from point A to some final point X.

Wild scientific theory? There is some evidence to suggest a multi-verse is the genuine fabric of our reality. A lot of this type of stuff is what led to the creation of the CERN hadron collider so they could actually try and test some of the theories regarding how the quantumn world behaves.

Also NMS is a multiverse, once you get to the centre you go back to the start of another “dimension”.

There is a universe somewhere in which NMS was never finished