Hey interlopers, I know we can recover our old bases but I think I still need some tiny bit of guidance.

So from what I understand, old base can be recovered by finding base computers “in the wild”.

I took this to mean, use signal booster, scan for habitable base.

It required navigation module to search for specific building, I happened to have three on me.

My question is, what’s easiest way to find old base terminals in wild to recover your old base? I still can’t figure it out and I’m afraid to try the upload option on portable base computer in case it wipes my old base.

I saw in the Experimental patch they have a tutorial on recovering your old base. You might look into that.

I didn’t try to find my old base so i can’t help, but you can wait for the next patch which should have the easiest way:
“Added a tutorial mission to guide players through the restoration of their old base”

Thanks wyo and @kerdorin and happy cake day wyo.

I saw the experimental patch notes so I was thinking of waiting for patch to hit PS4 (sorry was not thinking, should have mentioned that vital peice of information in original post) but figured I’d see if anyone here actually knew in the meantime.

Ilk just return to exploring and see if I don’t stumble upon the method sooner or later.

The quest is really glitched for me 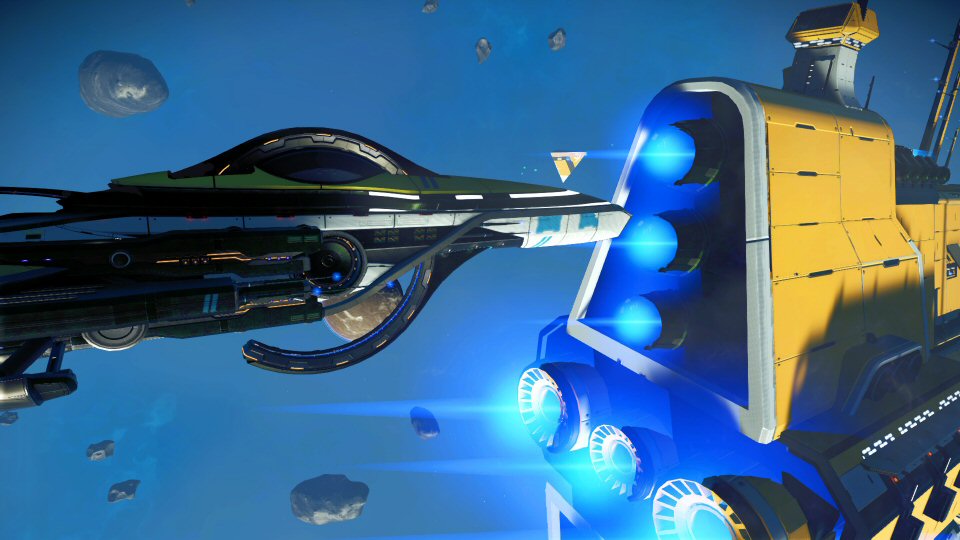 You get freighters as rewards now?!

It got called a Mothership and came with the little Frigate for killing the pirates attacking it, I didn’t have one as I had only just got to 100m

I believe starting a new game, during primary missions you get a free freighter to introduce you to new fleet system