Topic for posting and discussing Steam 3xperimental updates or patches for NMS Waypoint.

The previous topics can be found here:

Sean is the cowboy who patches faster than his shadow

Edited posts to include Steam link. If you’d be so kind a next time @sheralmyst and @temp, I’d appreciate it

Hello Everyone, First of all, thanks so much to everyone who has already spent time playing No Man's Sky and letting us know about any issues you've experienced. Steam users are able to opt-in to the Experimental Branch, where we have pushed a patch...

Another update and no notes

Another new update to Steam Experimental branch, this time WITH patch notes:

Hmmm… I have discovery services active but I am always alone on the Anomaly.
I heard Beeblebum talking about possibly being on different servers if our difficulties are set differently…Does anyone know more? It did not seem to matter before this patch. Perhaps the servers are just not working correctly right now.

Not sure, but I have just posted about another likely unrelated issue here:

PC - Steam version 4.03 default, 4.03 (Oct 11th) experimental, and current (Oct 12th) experimental. First noticed in 4.0 initial release. Multiplayer disabled, Normal (mixed) mode. I have just reported an issue where ODS shows offline as soon as you select any ‘Other Player’ base in the Teleporter selection menu. Something similar happens when (re-)uploading a base, with ODS always showing offline after doing this. I am suspecting an issue with the ODS, which also results in base availability t…

If your issue persists, or you get additional confirmation, you may wish to report it as well.
For me Multiplayer appeared to work correctly yesterday while on the Steam Experimental branch, in a few different game modes even

Player difficulty settings are now visualised next to their name, including a note if they have previously changed to easier settings.

Where is this visible?
I like the idea of players having a distinctive ‘badge’ so in multiplayer other players can see just how easy or hard you’ve chosen to make your journey.
(Would give some bragging rights to those opting for a real challenge)

I understand the idea because now MPs can pick a group of people who are playing the same way they are. Although it does not really state what your custom mode settings are…and how could it? Too many combos.

Steam Experimental branch updated, no patch notes just yet. Will update if these arrive shortly

From Lo2k on the NMS Modding Discord:

So it seems likely we may not receive patch notes (again)

The game difficulty icons are gone. I know there was concern among players of being ostracized for adjusting certain settings…

…like I care about what people say about my settings…anyway, I wonder if removing them was intentional

Since they are allowing to play in the same instance with players with various custom settings, I really don’t see the harm allowing players to decide if they want to team up to do weekend missions with another person who is essentially god or the reverse a dainty soon be be crushed flower lol.

I think the only some what fair way is to force everyone to be “normal” settings when teamed, and custom when solo…

But then you get PVP griefers

Custom settings are awesome…but allowing the feature your essentially forced to piss off one play style or another. You cannot possibly make all sides happy.

So here is an example from Beeblebum of someone who lowered their settings. I assume the skull is permadeath. 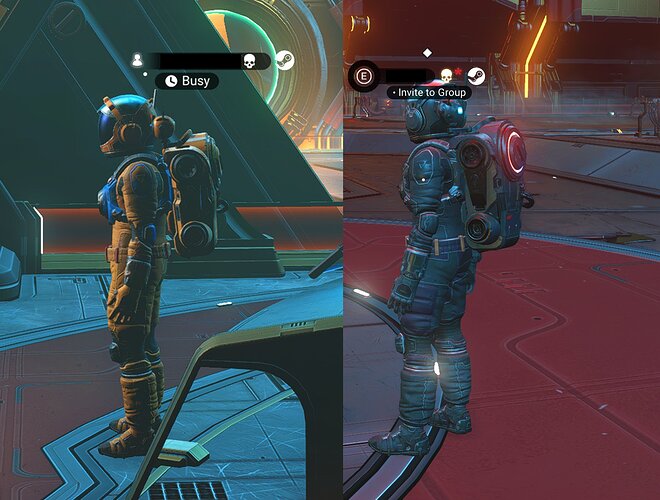 But I saw no level markers after this last small patch.
I assume the gravemarker I saw earlier is actually an Atlas icon and must be what? Normal?
Now that I have seen this, it does rather seem like you are being called out for shaming. 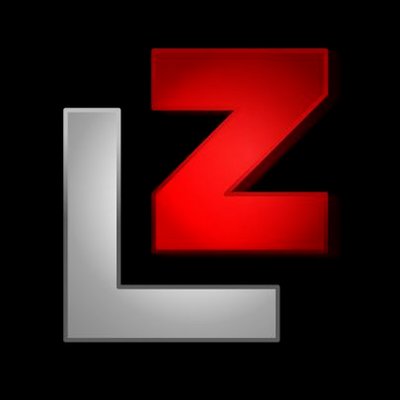 The level icons are back

And cheaters be cheaters and nothing will change it. So here is an example of actual cheating.
This guy 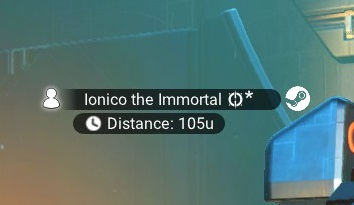 Let’s put aside the fact that he calls himself ‘Immortal’ despite the fact that he changes settings, no, what makes him a cheater is that I worked a very dangerous infestation mission. One that had me destroy the giant worms things that pop out of the ground and then a ton of nasty critters pop out of the ground and chase you around and on top of that, it was a frenzied sentinel planet so I had a crew of those trying to gun me down as well…anyway, he did not join my group and help me fight. No! He cheated and was on the list as having joined by group but did not! Was he there to help gun anything down? No no no…he cheated!
This is real cheating. And this issue has been around for a while. People do this to me all the time. Sometimes I simply do not turn the mission it but, abandon it instead. No matter how hard it was to complete.