Previous topics for Weekend Events can be found here:

Since a new set of weekend missions should be starting up soon, here is a place to discuss it, ask for assistance or share your experiences!

Weekend Events Have Started [No%20Man's%20Sky_20191102044512] Adding a link for the daily Community Event so we do not confuse the two. https://forums.atlas-65.com/t/community-events/6745 I am adding the full list of events here. It is a nice summary. Do not look ahead if you do not want to know what happens next. !!!SPOILERS!!! https://forums.atlas-65.com/t/anniversary-update-speculation-with-spoilers/7080/241?u=sheralmyst

Took ages & multiple attempts to trigger the Weekend Event to work (PS4).
After doing several regular QS missions it finally triggered. Problem was the QS missions kept glitching too so it took quite a while…
Got there in the end though…

One of my on going projects has been to at least document what the WMs have been, I’ve not done much with the documenting systems due to my limited available time, but if anyone is interested in the history, and more importantly the lore from S1 and S2 I have them all compiled here 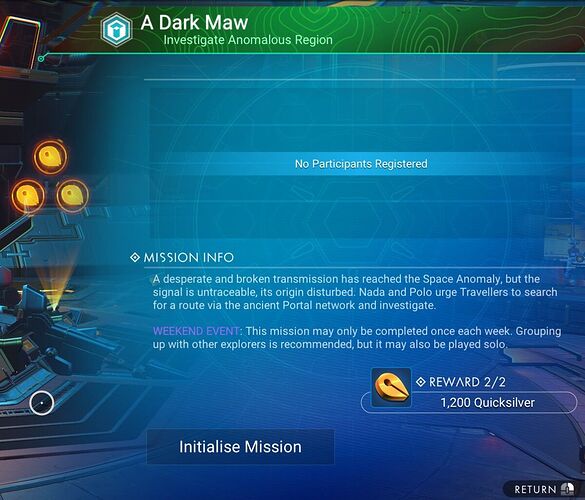 I put a link to the wiki in the top post. Thanks for sharing @cyberpunk2350
This weekend’s mission went smoothly. At least the waypoint was not buried under a base… 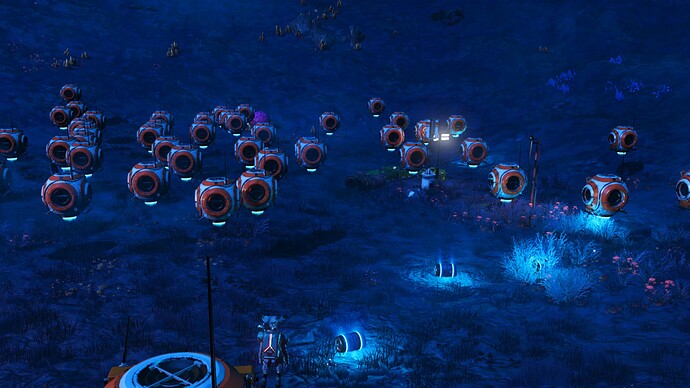 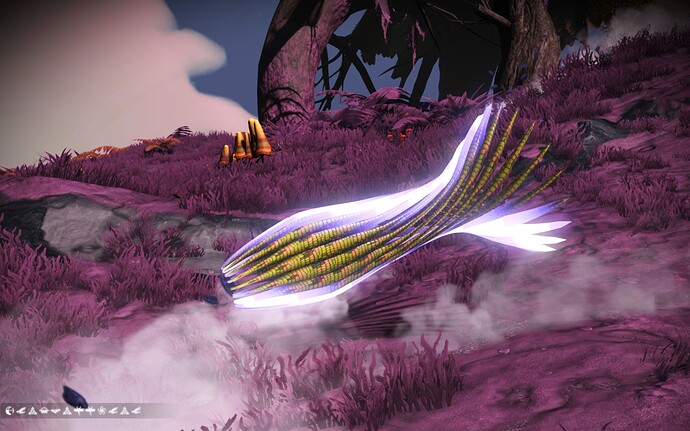 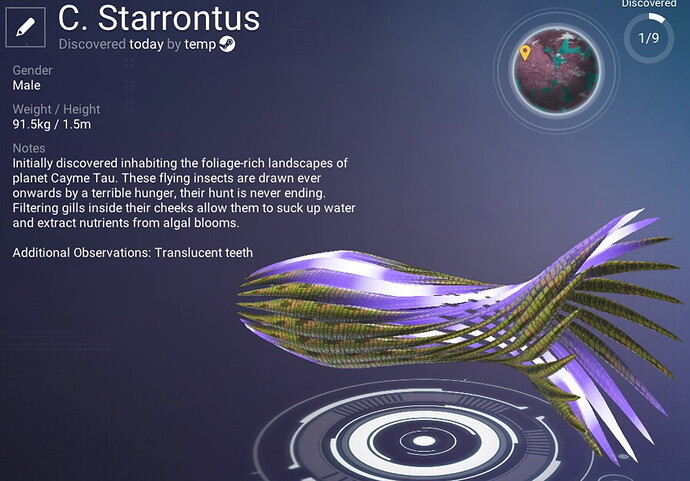 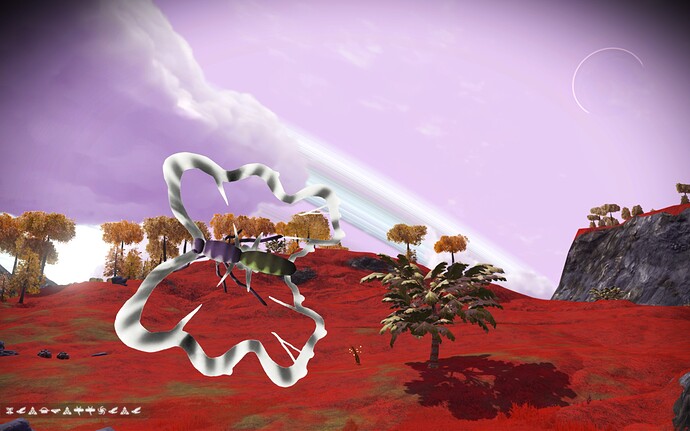 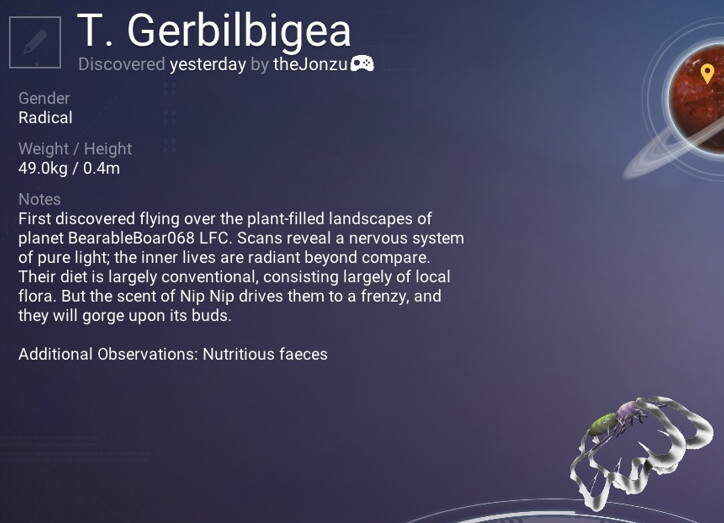 High on a mountain top: 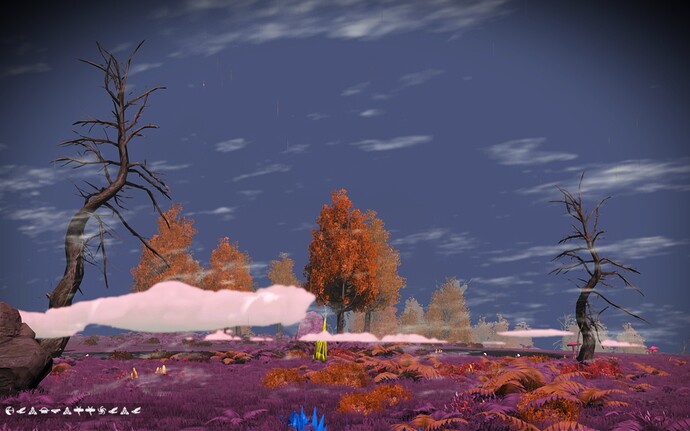 23 Oct 2021:
Effortless. Haven’t had a weekend mission go so well before. The needed part was at the crash site. Got it decrypted a short distance away. And that was it. 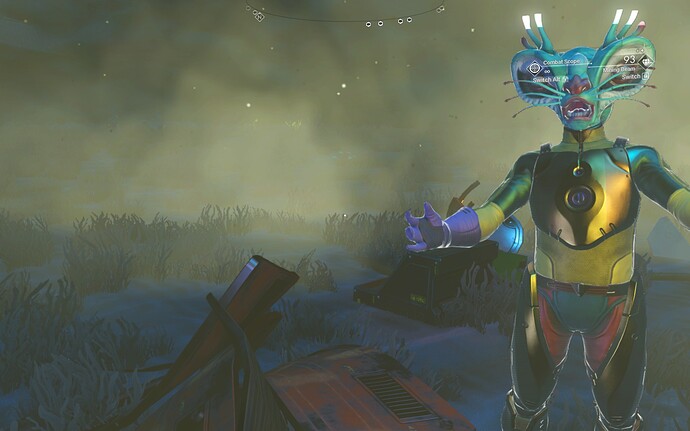 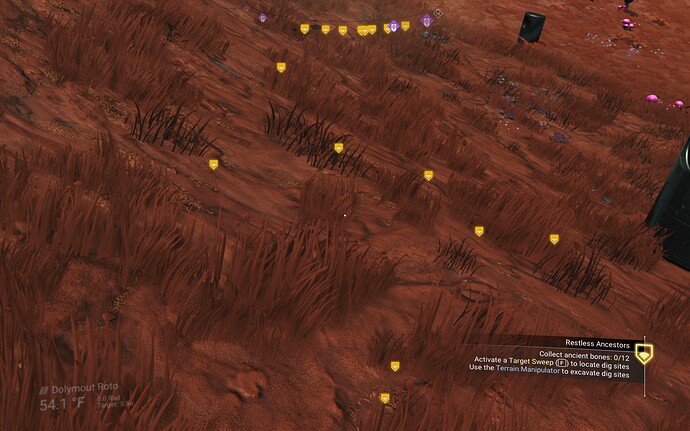 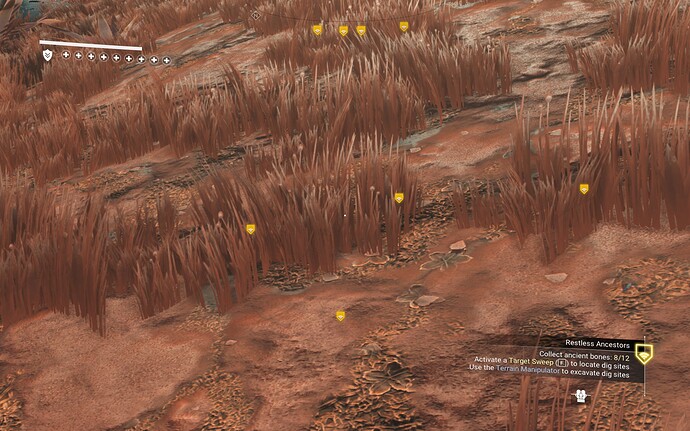 Now. If my closest fiber just wasn’t in my cereal box…

Not having much success with weekend mission.

Corrupted sentinels are always announced when part is found but they never show up. 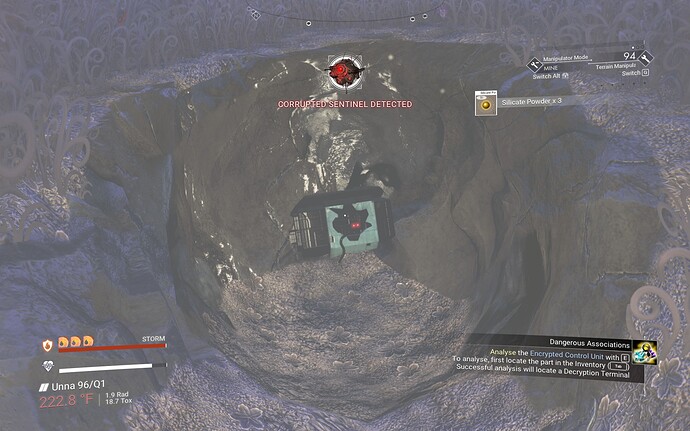 Unknown/unmapped planets have already been discovered by someone else. 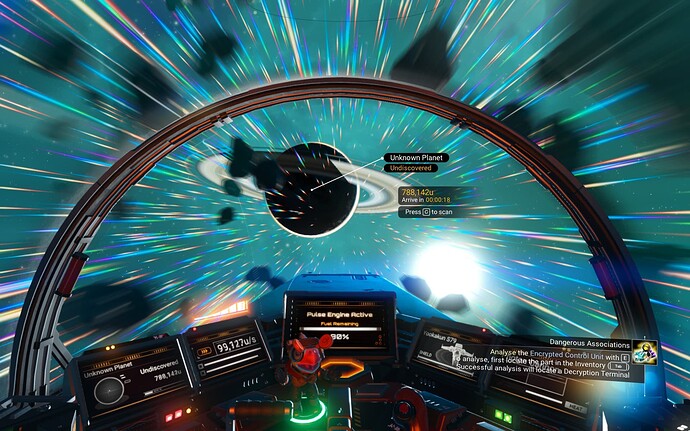 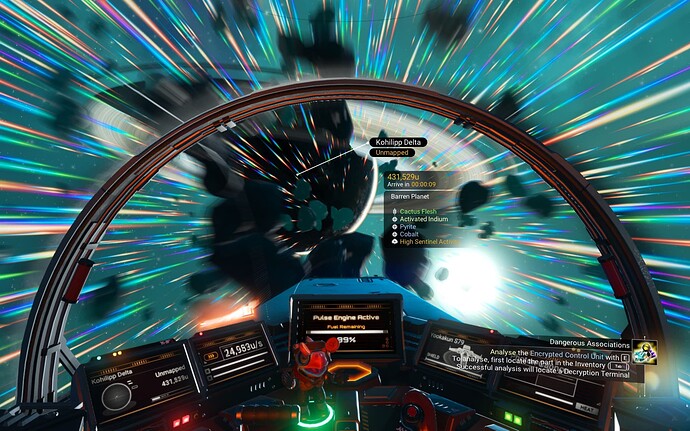 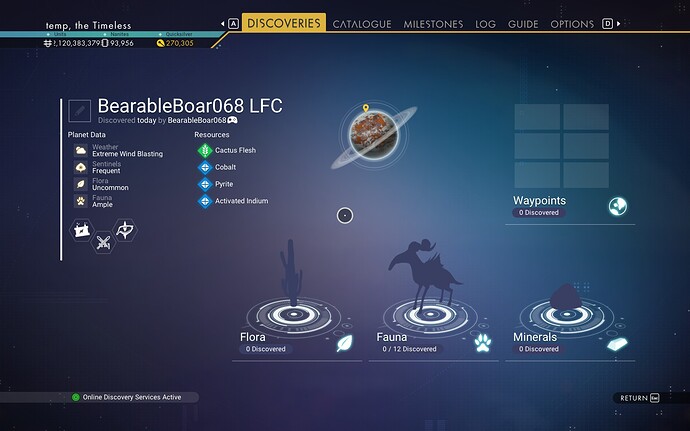 Found lots of parts (over twenty). Found them on different planets. Always corrupted. Never could descript them on any of the five planets or on: 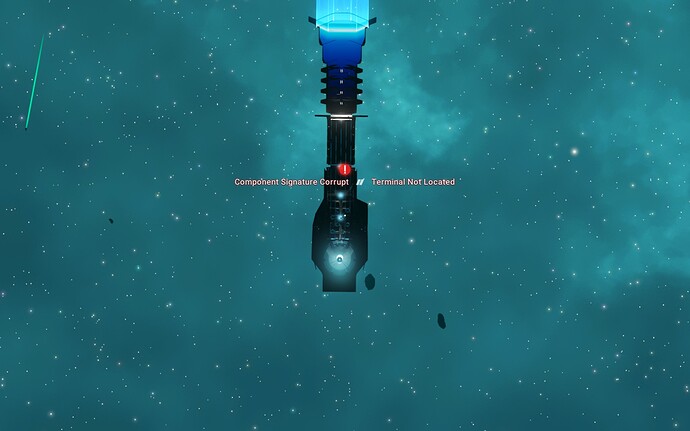 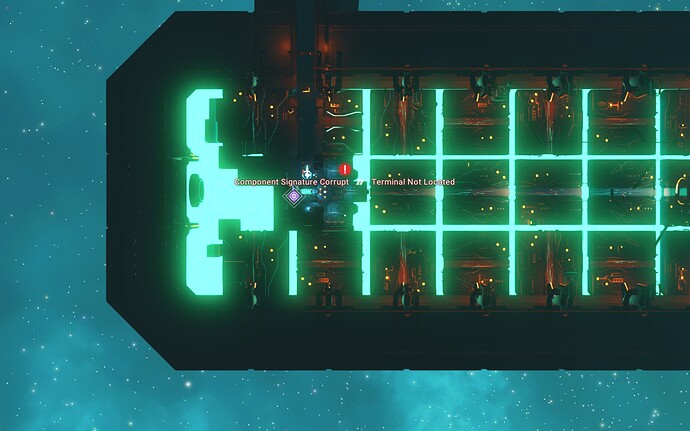 Daily mission for Activated Cadmium was broken and still is. 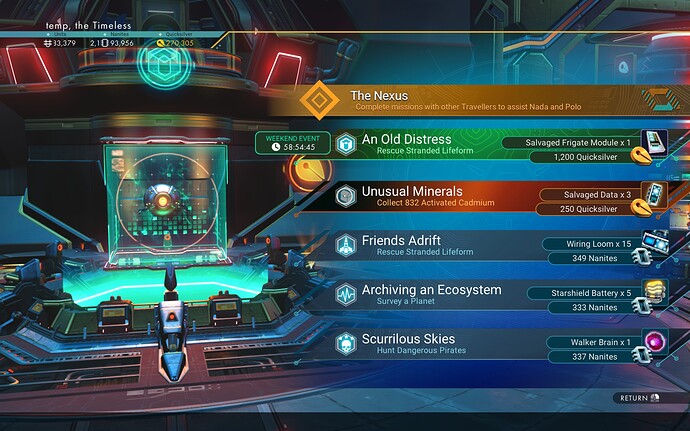 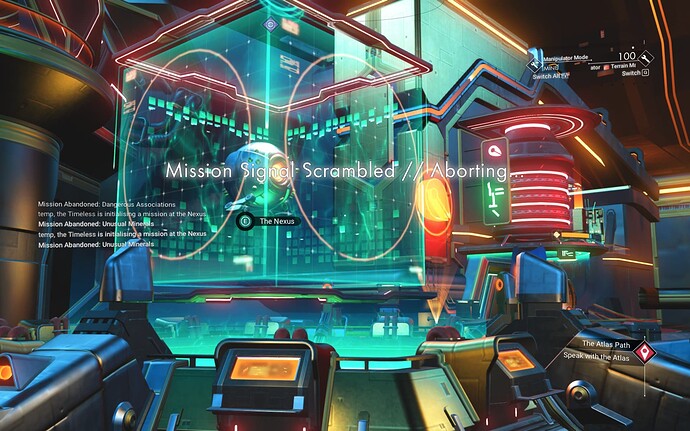 That weekend mission has been like that for a while for me. Many times I just gave up and cancelled the mission.

After the daily mission, I tried the weekend once again and had better luck. Instead of there being only one part at the crash site, there were several and the third one worked.

Though I was surprised that there were two pilots. 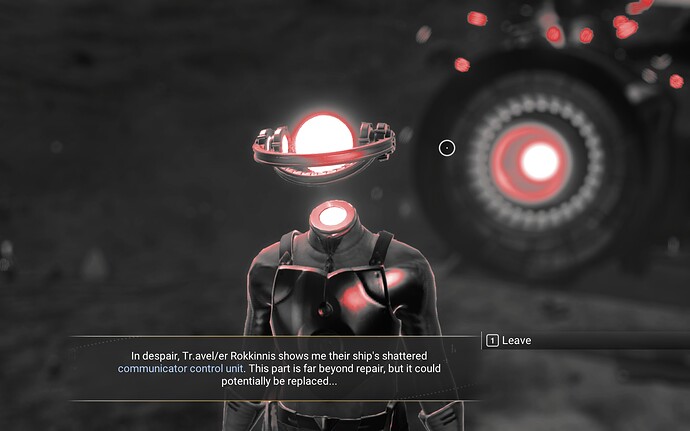 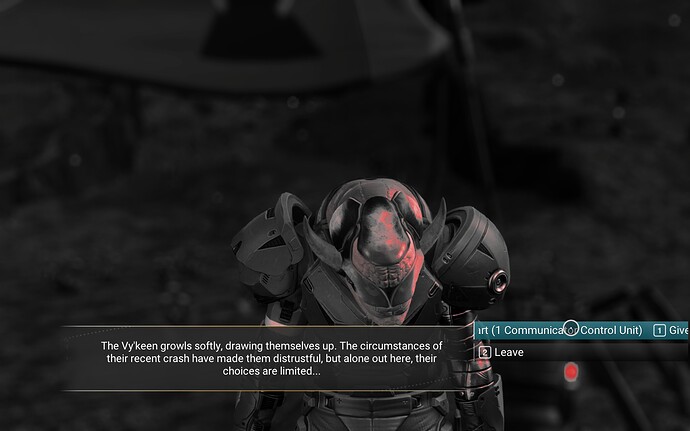 Took me 2 attempts to do this Weekend Mission.
The first time I dug up about 25 buried technology before I quit.
(Interestingly every single one warned me of corrupt sentinels yet none appeared).
The game then crashed as I was leaving.

Decided to have another go & this time I got the right one straight away (at the crash site).
At the terminal the corrupted sentinels just roamed around & let me kill them. Was kind of weird. Anyway, I completed the mission & got home safely.

Glitchy mission title this week:
Regardles of what it tells you the mission is, pack some activated indium if you have some spare & want to speed things up. 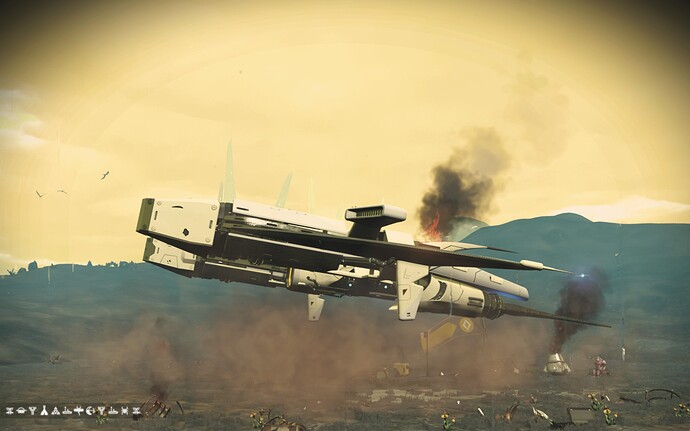 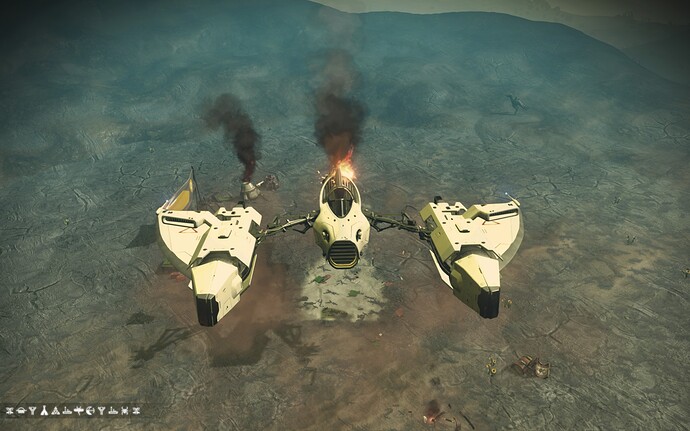 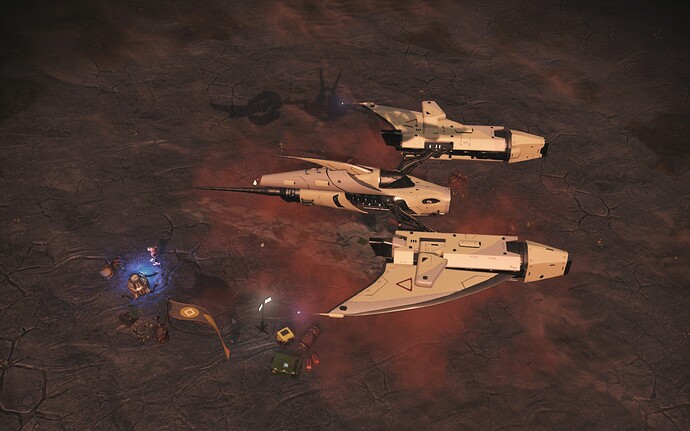 This weekend mission (June 10-12) was another rescue mission. All was well. Found the correct piece on the first try. Only 1 sentinel showed up. Then I flew to the comm indicated… 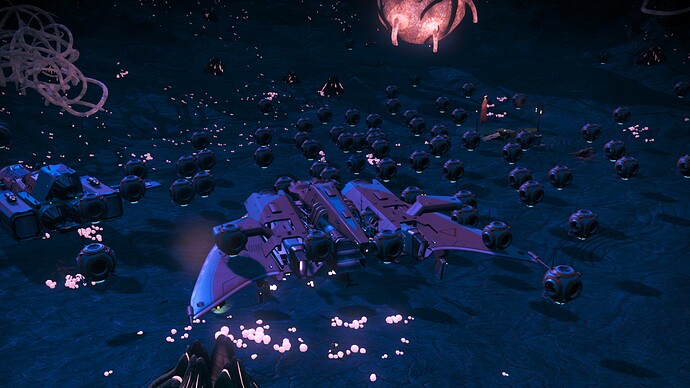 Doesn’t seem to be any way that I can partake in this weekend’s mission. Icons refuse to cooperate. 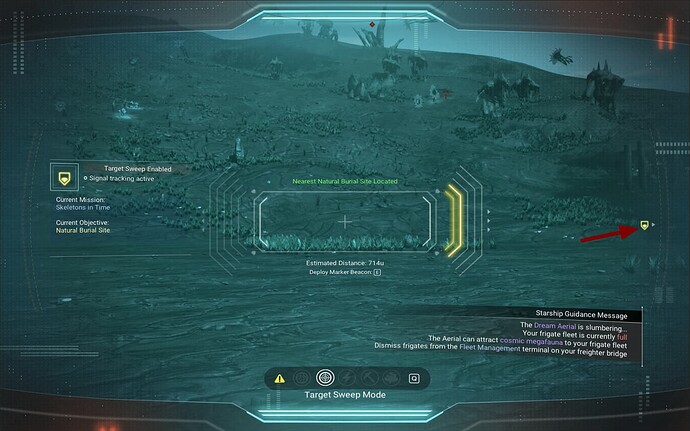 Shifting cursor slightly towards it. 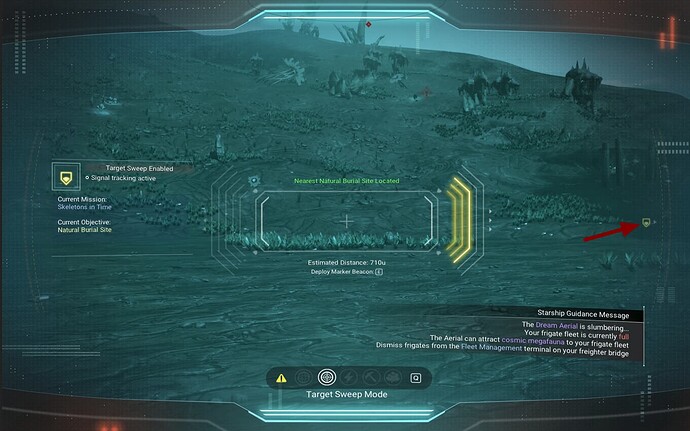 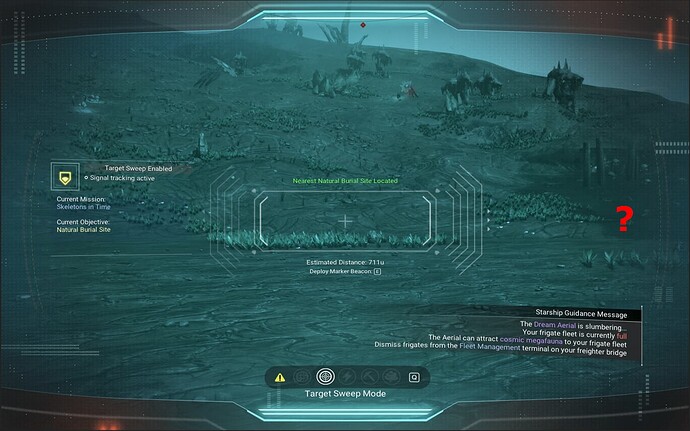 Moved over to where it might be and nothing is there. 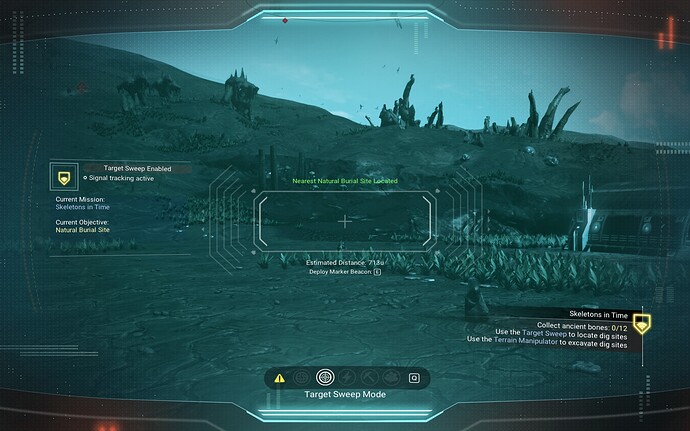 If I could travel 713u in a straight line, the icon would pop up when I got very close.

I’ve hard others complain about disappearing markers as well. Why can’t you move 700u in a straight line? You’re a spacehero! You can do anything! ;p

Regarding weekend missions, I took one on because I thought it said frigate module and a large sum of quicksilver. It was some super easy mission, “feed 38 animals”. When I returned and clicked the Nexus, it had my name in it and the one of a person standing next to me. And I thought, who cares if he clicked it at the same time, it’s not like I’m losing anything. But when I think of it, I don’t see any frigate module and quicksilver in my inventory, just a starship extension…

Did I misread that, or did HG mistype the reward? (I have never heard of other people being able to “steal” rewards at the Nexus.) The next missions was "scrambled"and aborted itself, I assume that means they are refeshing the list at a certain time each day and I picked an outdated one?

At this time, I can’t even find my starship if it’s out of sight or if it’s dark!

The “scrambled” mission, if it’s one of the Activated mineral missions, has been undoable for a long time.

Doesn’t seem to be any way that I can partake in this weekend’s mission. Icons refuse to cooperate.

Had a similar problem. Landed and it showed bones nearby, and the visor showed six yellow markers, but could never see them up close or even find which direction they were. Like yellow flies inside my helmet, buzzing around with no clear direction.

Also noticed that the target sweep for gas/etc doesn’t work the way it used to. It shows no distance to the target (gas) and only has sounds/arrows for either left or right. No straight ahead as it used to, and no distance markers. Walking slowly, slowly in a wiggly line (left,right,left,right…) trying to follow the large yellow visor pointer thing did eventually find the gas source, and it resolved…but it never showed on the ground as an icon and moving away it just disappeared.

Anyone else with this problem?

At this time, I can’t even find my starship if it’s out of sight or if it’s dark!

Sure your not running a mod? Turn off all mods and try again.

@AdaRynin I only did one nexus mission, which was surveying a planet, but got the rewards as I should.

Had a similar problem.
How did it get fixed?

Not running any mods but have made changes in the save file.

Had a similar problem.
How did it get fixed?

It didn’t, I gave up on the mission.

I too have started using the save editor, at least at the beginning of my new save. Hopefully that’s not the cause of the glitch because after 1000+hrs, shooting rocks loses its appeal. I just want to wander and wonder at the Universe.