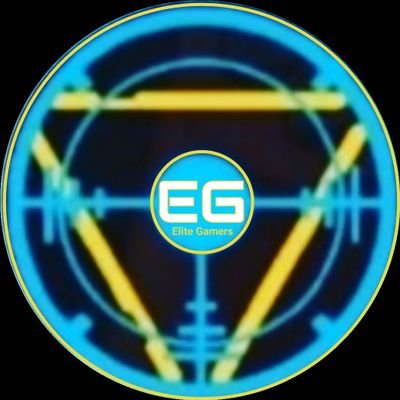 @mathmoss
Seems like I have found a almost identical version of the horizon vector nx (Nintendo switch ship) in Euclid, the only difference is the color. Enjoy👍 youtu.be/Nv0Ls-Oc09w #PS5 #PS4 #NoMansSky #PS4share #XboxShare @NoMansSky #EliteGamers https://t.co/TurLXj5l9o 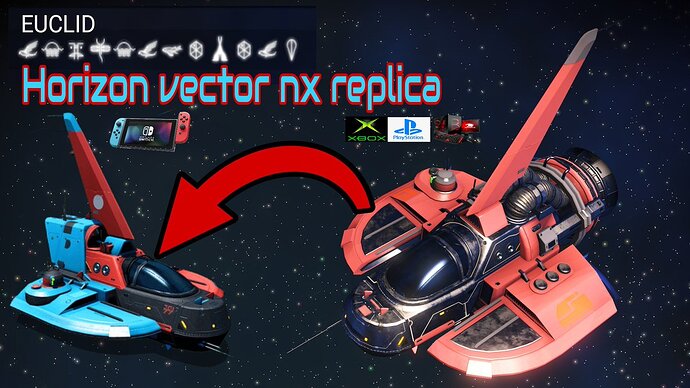 I took out all of the turrets and blew open the cargo holds but could not destroy it or board it, which would be an even better option. 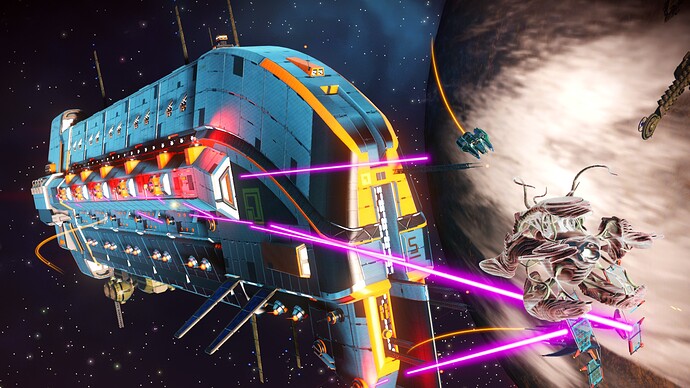 Would be nice to be able to commandeer it

You now have experienced SSP (Sentinel Starship Protection). The “police” can come back after fixing armament (time factor?).

Maybe similar repair starships will eventually be added and able to repair damaged Sentinel starships. Folks who lust for combat surely would like that added challenge.

Adding those repair starships to faction freighter fleets would serve that same goal too. That would give squadrons more of a challenge.

But for us lovers of solo exploration, peace & quiet, I’d hope that any such addition works be affected by the game’s threat settings.

P. S. I now have added that suggestion at HG Zendesk.

But for us lovers of solo exploration, peace & quiet, I’d hope that any such addition works be affected by the game’s threat settings.

Also, if they do add repair ships, I want one too, to auto-repair any of my frigates that need it. ;`) 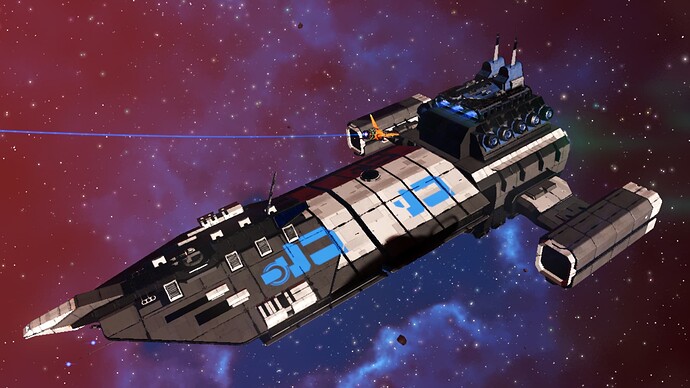 Is that a custom front end?

Nah, that’s been around since forever.

That is like the Ferrari of freighters. Very nice looking.

Nice. I like the contrast plus blue accents (that serve as spot color).

Oh! What a beauty! Congrats!