I am hypothesizing that we will receive an email on Wednesday. It is no coincedence that symbol matches the phase of the moon. However, it is reverse, we are entering the Waxing Gibbious phase, in the middle of the week, with the middlemost glyph. Perhaps the error in symbol due to an error with loop15. It is also no coincidence that Saturn will be visible August 2, and the moon can help guide your eye.

Be sure to let the moon guide you to Saturn (and the nearby star Antares) on August 2, and then again at the month’s end: August 28, August 29 and August 30. 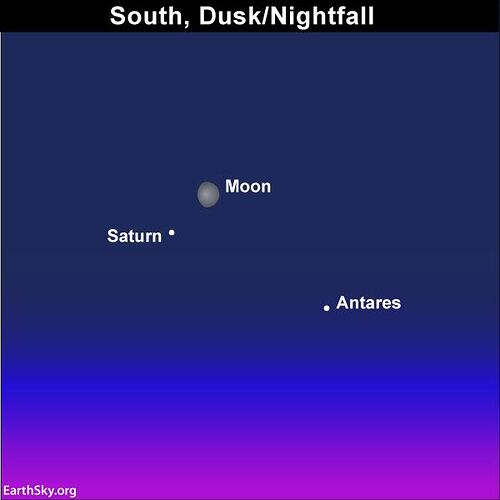 Edit: Saturn came up earlier, as the Symbol was written in the “notebook”

it’s a glyph, and i feel like it should be referred to as the 9th glyph, because that’s what it’s numbered on the site, but that would confuse everyone now

Fixed the title. I did’nt realize it was the 9th…

Might want to indicate in your title that it’s a hypothesis or something. Kinda reads like it’s available.

Fixed and placed into appropriate category. I’m tired and over anxious

it was the etarc link

edit: it’s funny you mention the waxing gibbious though, another ARG made by A&S informed players they would email players codes on the ‘waxing crescent’ which was around 24 June

but was the etarc link a solvable puzzle? or was it just a link to etarc?

Was just a link

for example the latest red glyph is numbered as 8u.png

and the next locked white glyph is numbered as 9.png

for some reason that bothers me to include it as a ‘glyph’ per se, since it is unique in the sense it wasn’t a puzzle revealer. just my 2 cents tho. it obviously looks like a glyph and everything, i get that. i’m probably over thinking the whole thing!

Glyph 3 was the red button. We are all murderers.

I don’t see 1 million in my bank account tho…

Well, one thing is for sure, this is all going to have to accelerate at some point. The S.M. PDF said Waking Titan would conclude in August, but so far we’ve never solved more than 1 glyph per week. With 8 glyphs remaining, there is no way we will finish in 4-5 weeks unless they start to come faster.

I’m tired and over anxious

Ah yes, Waking Titan Syndrome, I am very familiar with it XD

Agreed. I’ve had fun with WT and all of you…but I’m ready to play new content in the game.

I have a theory that the remaining glyphs will have to be solved separately by each Atlas Pass class designations. Different V4 classes may hold different clues? Who knows.

Ah, and Saturn’s largest moon is Titan, which will also be visible… Interesting.