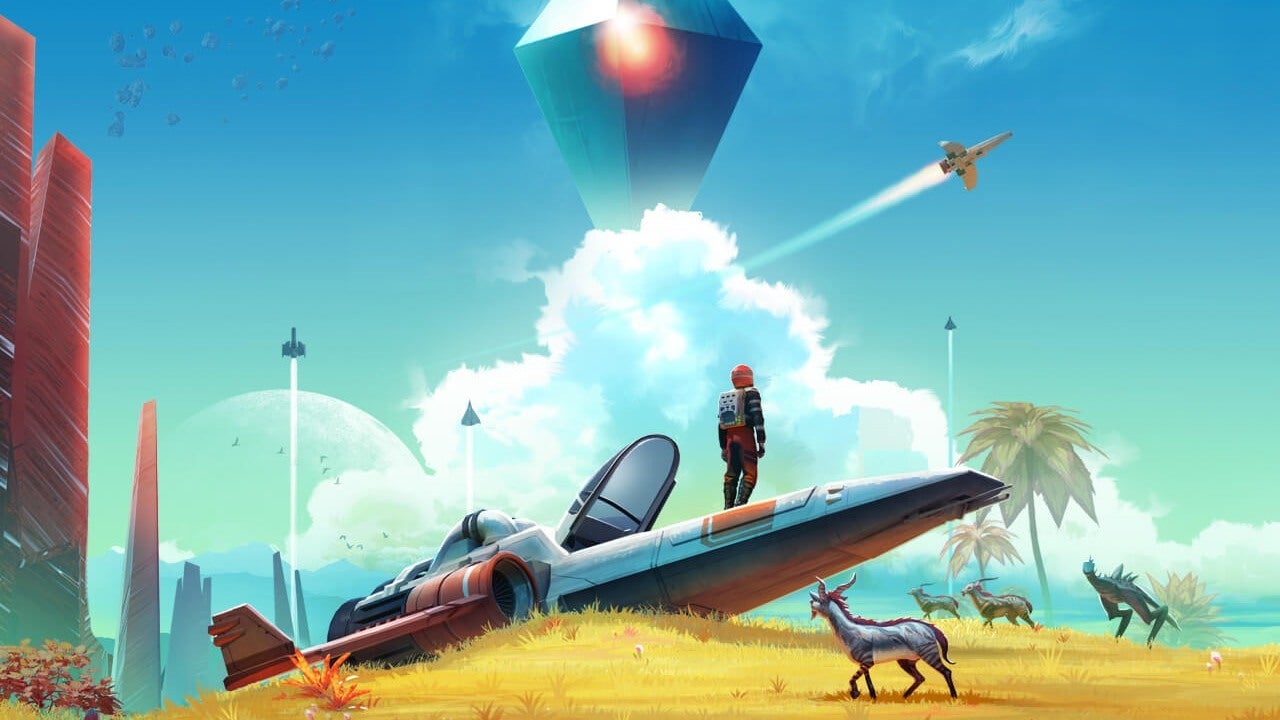 No Man's Sky: Origins Is the Next Major Update, and It's Out Next Week - IGN

No Man's Sky's next major update, Origins, will be out next week.

Next week Hello Games will be releasing an update to No Man’s Sky. We’re calling it ORIGINS.

Detailed patch notes will follow, along with next week’s release.

Four years ago we announced FOUNDATION, our first major update for No Man’s Sky, we promised “It won’t be our largest update, but it is the start of something”. Those words were true at the time, and they ring true for Origins. We called it Origins because it is the beginning of something new, as No Man’s Sky continues to grow and evolve.

Beyond came out last year, bringing VR and hugely expanded Online play, and since then we have focused on releasing more regular updates. SYNTHESIS, BYTEBEAT, LIVING SHIP, EXO MECH, CROSSPLAY, and DESOLATION have been some of our most popular, surprising and transformative updates – leading No Man’s Sky to have its biggest year to date.

We know there is a huge appetite in the community for No Man’s Sky content, and the team has worked our socks off this year to deliver in difficult circumstances. We have been quiet, but we are always listening and focusing on improving the game that our team loves and feels so passionately about.

This update will be another small step in a longer journey. We hope you can join us.

Ohyea! There is a smoke/fire sortof looking effect on it! Very good observation!

Noticed that the cloud designs look different from one biome to another (left vs right).

Big ‘gas’ planet looks positioned in such a way as to obscure the ‘crimson orb’ of the Atlas. Brings to mind old lore references of the giant red planet.

Maybe there is a shift with the graphics to look more like the novel covers that inspired the earlier look of the game. (Quirky looking alien stuff).

Extra clothing options too it seems…maybe.

Looking forward to it, whatever comes.

The cover art somewhat reminded me of the ‘Multiverse’ image back in the WT days: 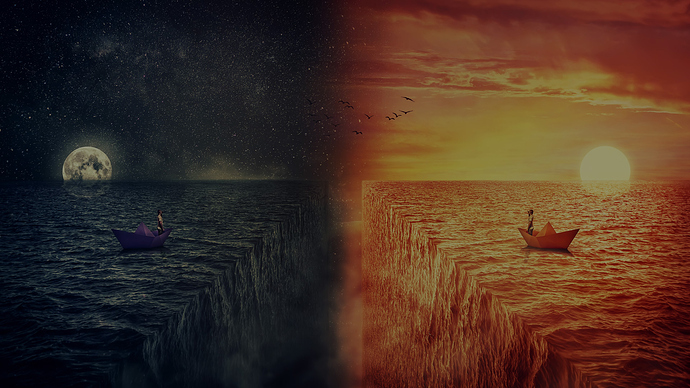 Looking forward to the update and getting back to playing NMS again, it’s been a while.

Is that gas giant part of the Atlas maybe? Is it coming for us?

The living ship looks fairly close to the in-space view as it travels. The parts move toward and away from the main “body.” This is the far-separated view.

The first thing you revealed is the first thing that came to my mind when I looked at the center biome. The Traveller blocks the mountain peak but the field looks to have a liquid like surface over parts of it which matches the reveal…

Something something “World of Gas”

It’s 4am here, and I can’t work out whether I’m being serious or not.

Captain Steve on Youtube pointed out that the plants on the right look oddly similar to the void eggs you collect for your living ship. Is that the void? 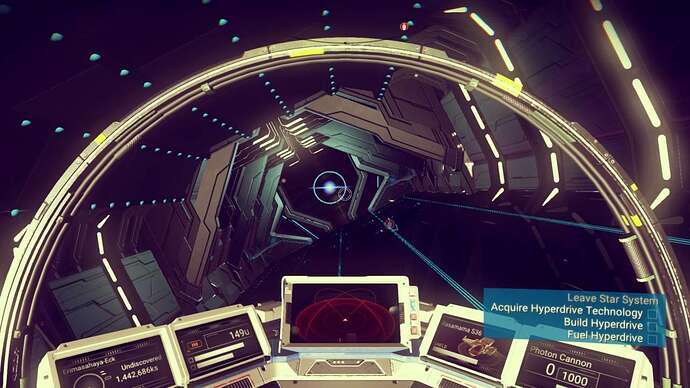 Developer Hello Games calls the Origins update "the beginning of something new." 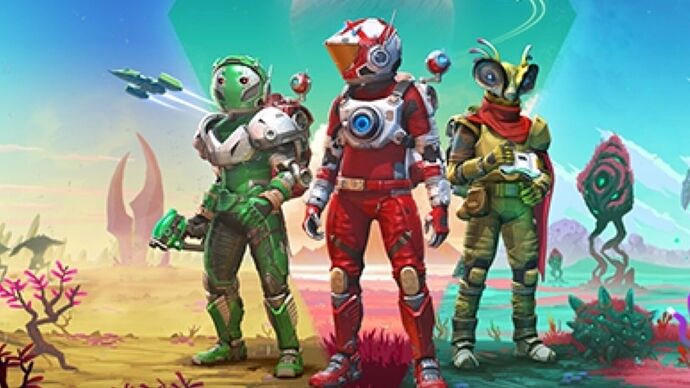 Space exploration sim No Man's Sky is expanding once more, with developer Hello Games now teasing its mysterious new Or… 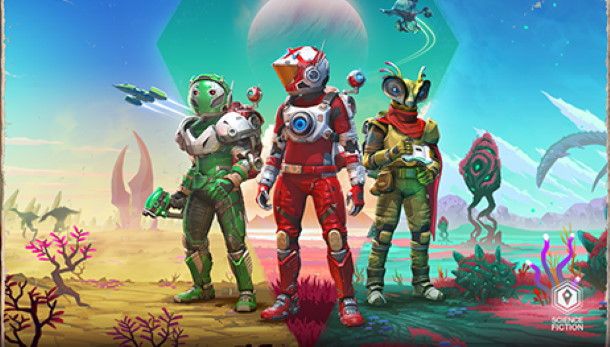 Hello Games says it's 'another small step in a longer journey.'

Posted a hi-res image in the top post for everyone to ogle over until next week.

For everyone lusting for a trailer… 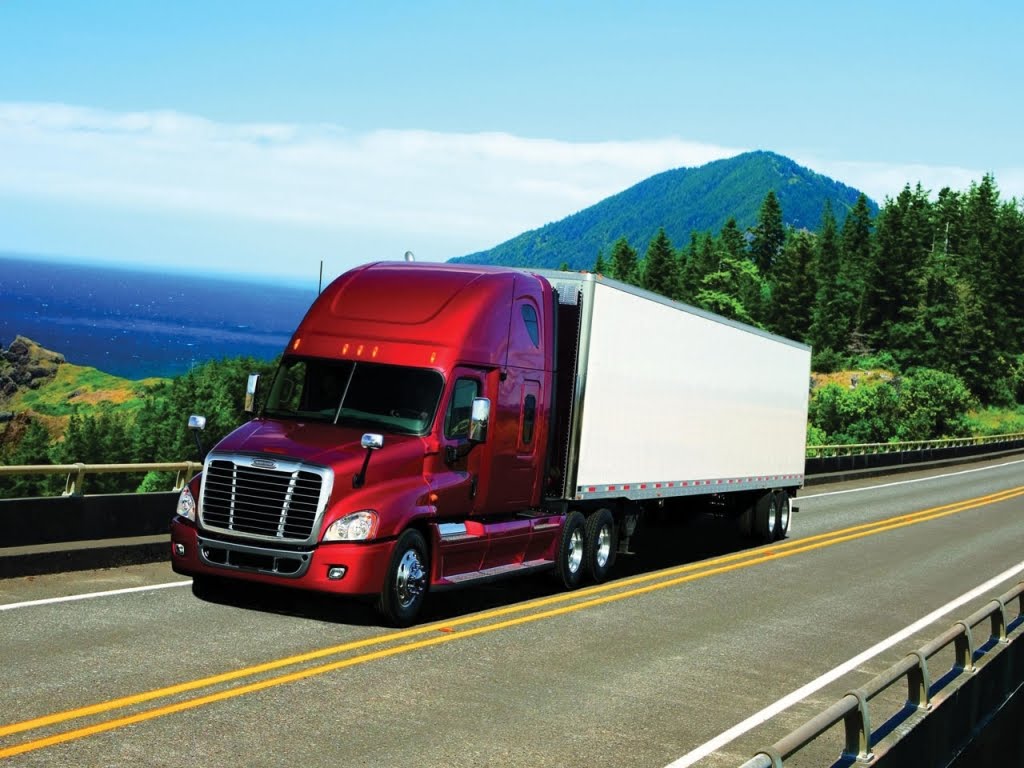 it it just me or is there debris in the top left area of the image that kinda looks like it might have broken off from the Atlas,…

Most of it looks too rounded but I can hope that it’s glass.

Likely just a batch of pesky asteroids. They have appeared in some of the previous pics. They do look different though…

What about the sandworm on the right […]?

You mean, “Grave of the Ocean King?” 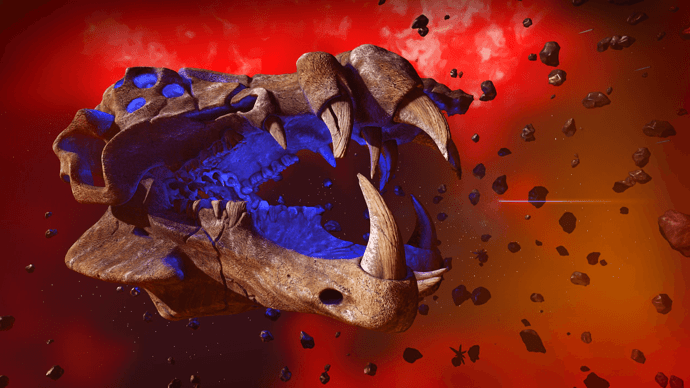 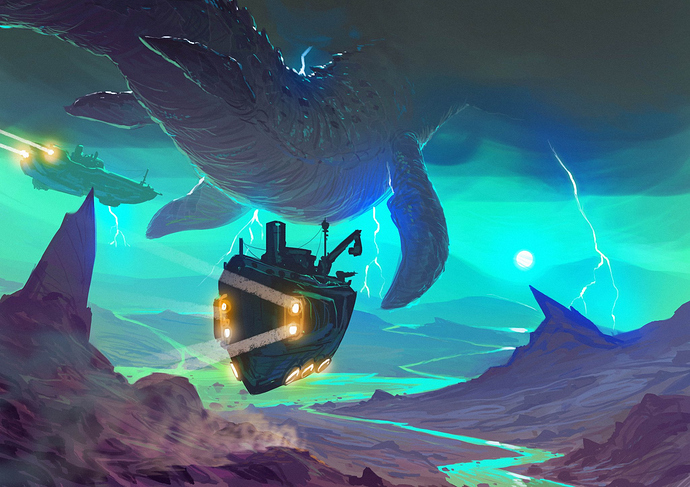 Behold! — The Concept Art that was released shortly before game released. — Could it be?

There is the more popular alternative…

To date, the above 2016 Star Citizen footage does not yet exist in-game. — When?

I GOT AN IDEA : Star Citizen promised them, and now NMS can deliver them!

It’s about time for some ‘PROCEDURAL BIG BOSSES.’

Origins of the Aliens

Part 1: Prequel to a New Era

That Beau Lamb space whale concept art is gorgeous. I know its a stretch, but I hope to see sights like that. Dark clouds that darken the sun, lightning, thunder and rain. Then a huge flying beast comes from the clouds to make your heart sink to your gut with fear as your cruising in a frigate in low orbit/close to the ground.