Until the fix gets pushed, the new Expeditions music intro track may not play until the end, until then you can listen to it here, should you so wish. https://t.co/YLwWDR99Mh #NoMansSky
5 Likes
Mad-Hatter April 1, 2021, 10:56am #23

After playing the new update through for a bit I realised that 2 of my ancient wishlist items had been ticked off.
1.

Beyond BEYOND - wishlist NMS Beyond

I have a new wishlist item/idea: I’d like for the beginning sequence to offer more standard variations. Things like a random basic C class multitool, a random C class Fighter or Explorer starter ship, (rather than the same old Radiant Pillar BC1). I’d like for the exosuit colours & textures to be a bit mixed & different each time & maybe any anomoly helmet. It would be nice if the ‘leftover’ inventory contents of our suit were a couple of random, potentially useless/useful things. It just f…

Beyond BEYOND - wishlist NMS Beyond

Suggested tweak to location hunting. I find that being given the exact location of ruins, crashed ships etc. via a lock-on icon is just a bit too simple. I’d like to suggest that a general, approximate location icon be given, with an exact co-ordinate supplied to further refine your search once you land, (or hover slowly). This encourages a bit of exploration & takes away the rather boring point & shoot of the current arrangement. This could be a game-play option in the settings, to allow us…

I just want say a big thanks to Hello Games for including those couple of features into this new update. I know it’s very unlikely that HG ever actually read through our wishlist threads but I still felt like acknowledging it.
Also, I’m very happy that solo play is still being supported in these updates & that MP is still an option allowing us to choose.

I am enjoying this mode alone. I have returned to find the bases others built and I am able to cash in on things they put out like the blueprint analyzer and refiners. Found a celestial archive soon after and bought a planetary chart. Made a good find in the ruins the chart led to. Traded that find at the archive and boom! I have 4mil jingling in my pockets.

That gained me some more units as a reward for fulfilling an achievement. Only 1 hour into playing.

So lovely to see so many folks playing Expeditions. We are aware that servers are under a lot of pressure. We've just deployed some improvements and are rapidly scaling up server capacity (if at first you don't get in, try again). Thank you for your patience 🙏
5 Likes
kliktrak April 1, 2021, 4:10pm #26 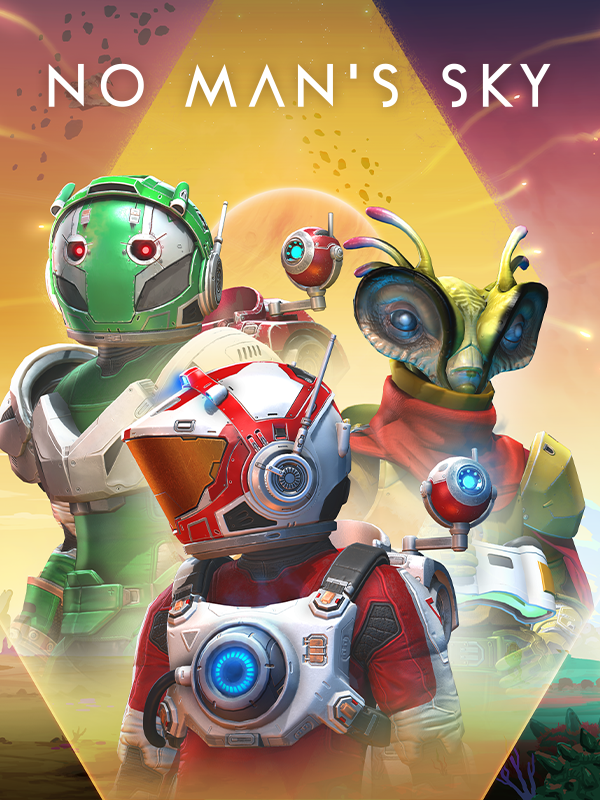 Watch No Man's Sky channels streaming live on Twitch. Sign up or login to join the community and follow your favorite No Man's Sky streamers!

A topic for anything related to Twitch Drops specifically, whether you wish to discuss or just share your favourite NMS Twitch streamer to get your drops at! The first season just started on Twitch, so go check it out!

A lot of glitches to watch out for. Save often.
I just fell thru my Freighter.
I bought a ship on a Space Station and when I left the station, my ship was invisible…was still invisible when I landed on a planet but was fine when I called it in.

A lot of thigs suddenly vanish in MP. Refiner and Base Computer are two that I have had vanish.

Do we know how long an expedition will run before your file is converted to Normal Mode?

Says the current one will run for 2 months.

So this update got us a new style of ‘melee jump’?

r/NoMansSkyTheGame - Melee jump mid-air! The fastest way to jetpack. You're...

Ok,I’ll admit it, this is more fun than I expected.

I’m not quite sure how the routing and distribution works. I found a planet in my starting system that was still undiscovered, and I was the first in the system that was my second waypoint. Obviously, this wouldn’t be possible if everybody had the same route. I meet a couple people every now and then, it’s fine. Got most of phase 1 cracked and lucked out and got the Jackpot achievement from phase 5. All I wanted was some sellable artifact to by microchips, but I dug out the big one it seems.

One way to make this even better would be to give some narrative cohesion to the whole thing. Not much, not enough to call a story or anything, but some in-game reason for why we’re there. What the expedition is about, what it tries to achieve. That sort of thing.

Also, don’t let your refiners stand around where you can’t see them, they’ll vanish. My head cannon is that they get stolen by other players

don’t let your refiners stand around where you can’t see them, they’ll vanish.

Same will happen with your Base Computer before you claim your site.
I am enjoying Expeditions as well. Setting up Atlas-65 dig sites as I go. Striking it rich with each find.

I’ve found I’m having trouble picking my Signal Booster back up.
It might be; I put it down near someone’s base & then it won’t let me ‘delete’ it.
But it has happened twice now & last time I was nowhere near a base…

Same with my base parts research do-hickey… It’s even standing in my base, but I can’t pick it up anymore.

I found you just ‘delete’ the Signal Booster to get it back…even if not in a base area.

Also…if exploring derilicts (in MP) be sure you have a Navigation Data with you.
My ship vanished leaving me stranded & forced to die of cold.
I’d landed on a derilict someone else had ‘found’ & at some point things got weird & my ship was docked an a different derilict floating nearby.
So close but oh so far away.
In fact there were 4 derelicts floating about simultaneously at one point.

Yeah, I noticed some duplication issues with derelicts. In my starting system, there were at least 6 of them floating around the starbase. I got the mission in my log, but couldn’t land on any of them…

I might have to upgrade my other one to an ‘A’ using nanites & hope for the best.

I had that happen as well (PS4). My guesses are: 1) Upgrade it or 2) Get the MT from the Phase 2 completion to get the badge.

this wouldn’t be possible if everybody had the same route. I meet a couple people every now and then,

My experience has been quite different. I encounter the same people discovering planets and systems all along the Expedition route. The rendezvous systems have planets discovered by HG. Even when I decided to fulfill the blackhole objective and left the Expedition path, I entered a system with some of the same people and a planet discovered by HG. Every place I go, I encounter people. I admit though, I find it fun to see others in the space stations

@Mad-Hatter and @LordMarkov: This is a known issue currently, which might be best reported. From what I heard, it should complete if you get an S-class multitool instead.