Games and Game-Related old and new

A bit off-topic. Well, that’s why it’s in this section.

There are a number of game developers who were hugely successful - and then, just stopped making games. And it confuses, and irritates me. These guys could make millions, and entertain us all at the same time, but they choose not to. Why?

Valve could have carried on with the Half-Life series - probably the best game that’s ever been made. They made Portal, and its sequel - but then they chose to just sell other people’s games, instead.

Bethesda made the world’s best single player open world adventure games. They made Morrowind. They made Skyrim. They could make a fortune if they released another one. So they chose not to. Instead, they financed outside studios to make re-hashes of old, short, games that weren’t particularly good in the first place. Oh. and then there was Fallout 76. The less said about that, the better.

What is going on with these guys? They have the talent, and the experience. There’s a huge market out there. Why won’t they supply it?

It is called technolgy.
That is the reason why.
Another area is what steam started.
Hubs to host other people’s games and sell them.
UbiSoft, Bethesda, and even Nvidia and others not listed have decided to be their own host,
They can all shove it.
Especially UbiSoft.
Bethesda’s is ok.
Steam is the best and only.

Problem is tablets , indications are the tablets have run to the end of the expansion.
PC is steady and strong.

With billions in these developers pockets, it apepars they don’t want to “waste” money.

I am hoping HG will bring back the “FUN” to No Man;s Sky. I see they made their money and dissappeared. (not true)

What is going on with these guys? They have the talent, and the experience. There’s a huge market out there.

In both cases you mention, it’s actually business considerations. Valve is making a lot more money off of steam than they could ever hope to make by selling games. By now, most of the game-design know-how is probably gone from the company (though it would be easy enough to hire it in again), since they’ve effectively became a service provider.

The case of Bethesda too can be understood economically, especially from a publishers perspective. Bethesdas projects were actually quite risky most of the time. Daggerfall almost killed them, and if they wouldn’t have stuck the landing with Morrowind in a given limited timeframe, the company wouldn’t exist anymore. By now their games are save enough sellers, but they don’t generate the amounts of profit the competition does. Their breed of open world single-player games take a very long time to develop, and don’t have any recurrent monetisation potential. ZeniMax saw the competition release a new title every year that offered plenty of additional monetisation opportunites, basically goldshitting donkeys, and they wanted that too. So they told Beth to make it so, and the result is what was to be expected when you put a team on a project they have no expertise at whatsoever, and probably aren’t motivated to do.
Biowares Anthem is probably the exact same story.

Why won’t they supply it?

Jim Sterling explained that one best, already several years ago: Big publishers don’t want some money, they want all the money. If a game doesn’t offer the potential to achieve that, it’s not worth it to them, even if it’s guaranteed that it will make some money.

they want all the money. If a game doesn’t offer the potential to achieve that, it’s not worth it to them, 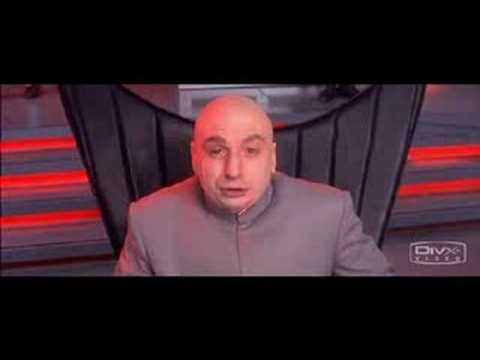 Doom Eternal and Dishonored are good examples of what I was talking about - they’re not made by Bethesda, and they’re short re-hashes of old stuff that wasn’t all that good in the first place.

As for Elder Scrolls 7, I can’t find anything about it on their web site. The only related thing I can see they have planned is Blades - which is forthcoming mobile phone game.

Then when something you are looking forward to is on the horizon, crap like this happens 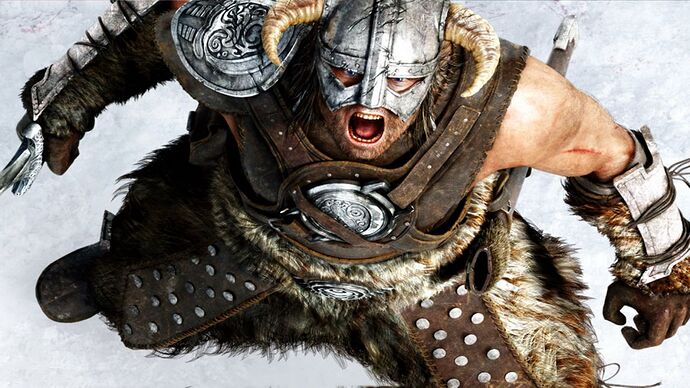 Elder Scrolls 6 could launch as late as 2021 because of a battle over that...

BookBreeze.com is opposing ZeniMax’s Redfall trademark - here’s what it means for Elder Scrolls 6

Don’t forget Starfield, Bethesda’s RPG in space. We really know nothing about it except it is a space game. I personally, love RPGs. It is in a playable state, but not completed.

Yes. I’m interested in that - but there’s surprisingly little information to be had. One article I read suggested that it wouldn’t be released until the next generation of consoles becomes available.

Also I personally loved Doom 2016 and Dishonored 1/2 both of which in many ways different form their predessesors.

You know, I’m not trying to adveresly criticise either Doom or Dishonoured. If you like those kind of games, then that’s good. You get what you want.

But Bethesda are famous for making massive, single-player open world games. And those are the ones I like. I like games I can get lost in for months. Or years. Good God, look at my Steam record for No Man’s Sky.

And right now, nobody’s making them.

Lots of people say they are making them, but nobody’s actually releasing one. Remember what a smash Skyrim was? Remember how many copies Witcher 3 sold? Games like that are a guarantee to millionaire status for the developers. As I said earlier, there’s a huge demand.

And yes, they take a long time, and a lot of resource, to make. But if the developers have sufficient knowledge and experience , and they know their market, then they’re pretty much guaranteed to make an awful lot of money.

Which is what prompted my question in the first place.

They have the people, the experience, and the knowledge. They could make millions with the right products. Why aren’t they?

I love those types of games too, I have played the all the fallouts except tactics and 76 also I have played Elder scrolls Morrowind, Oblivion, and Skyrim. They are part of a great genre that indeed does need to be preserved and expanded.

BTW, if you want a game like the first two fallouts look into Wasteland 2 and 3.

They have the people, the experience, and the knowledge. They could make millions with the right products. Why aren’t they?

They have limited resources. They can put those resources into something that yields good profits, or something with the potential to yield incredible profits. From a managerial mindset, the question which one makes more sense doesn’t even come up.

I understand your point, but it just doesn’t make sense.

If you have an enterprise that is already making billions, why not spin off a subsidiary that just makes millions?

The likes of Valve and Bethesda could still make games, at little or no risk to their current profitability. And, at the same time, feed the market, raise the game, and improve their own profitabillity.

When you have all the expertise in-house, it just makes no sense not to.

I still don’t understand why they wouldn’t do that.

I still don’t understand why they wouldn’t do that.

Because you’re thinking too reasonably.

High-level managers think differently, because their job is to make money. Literally. They’re getting payed for making money, nothing else. If Bobby Kottick would suddenly come up with a brilliant plan that allows him to make twice as much money selling goat cheese than with selling video games, he would start restructuring Activision into a dairy farm yesterday. And shareholders would applaud him if it works. He’s not getting paid for making games, or entertainment, much less art. He’s getting payed to make money.
It’s not completely incomprehensible. People want to be successful at their job. If your job is to make money, you want to be successful at it. The whole plethora of psychological factors, from personal satisfaction with success all the way through peer-pressure applies, just as in any other job. It is an absolutely plausible hypothesis that a few people from ZeniMax leadership got ridiculed by colleagues from ActiBliz, Ubisoft etc because they were making so little money in comparison, and they came home with a “we’ll show them” attitude and told Beth to make them a live service that makes tons of money so they wouldn’t have to be embarrassed anymore.
Managers don’t make stupid decisions because they’re demons, as some think. They make stupid decisions because they are oh so very human. They just live in a completely different world.

I can accept everythimg you say. Nevertheless, it’s an insane situation.

There are people out here who want to play games. And they’re quite prepared to pay for them.

And there are people out there who are very good at making games, and who would like nothing better than to be allowed to make really good ones.

Somewhere inbetween, there is a blockage. It needs to be removed.

All (or most) game companies started like an indie company. Being small and independent allows for more creativity and freedom for developers to do what they want.

When a game company gets too big, it becomes focused on paying its employees and keeping its shareholders happy with regular profit increases. Market research drives game design instead of individual developers’ visions. They take less risks and go with what will sell fastest to the widest possible audience.

Games become mass-produced consumables instead of works of art.

And that’s why only small indie game developers should be given our time and money anymore.

Whats haooened with a lot of these bigger devs ans publishers is, investors and board membery types from the produce industry came along and got on board and now call the shots. And they treat the industry like its the produce industry.and because its an unregulated industry they are having a field day. So they’re overly relying on focus groups and target demographics and also very happy to develop around an addictive, rat maze model, that perpetuates revenue than actually take the risk to make something different or new or engaging. They dont want people payinf sixty euro once and gettinf hundreds of hours of entertainment. They either want you to move on to the next shiney thing or theyll just monetise the hell out of fhe experience. Its a shame but fortunatelt there are companies out there doing their best to be the antithesis to this shit show model that has seeped into gaming over the last 14 years.

7 Likes
next page →
All rights reserved by Atlas