Apparently most are expecting MacOs Ventura update on Monday 24th…it will be interesting to see if this is true. Though not having No Man’s Sky up for preorder on Mac is kinda surprising. Unless it is on the Apple Store…don’t own anything apple/mac so personally wouldn’t know.

macOS Ventura (version 13) is the nineteenth major release of macOS, Apple's desktop operating system for Macintosh computers. The successor to macOS Monterey, it was announced at WWDC 2022 on June 6, 2022. It is named after the city Ventura in California, following the home state naming system that started with OS X Mavericks. The first developer version was released on June 6, 2022, while the first public beta was released on July 11, 2022. Ventura will be publicly released on October 24, 202... 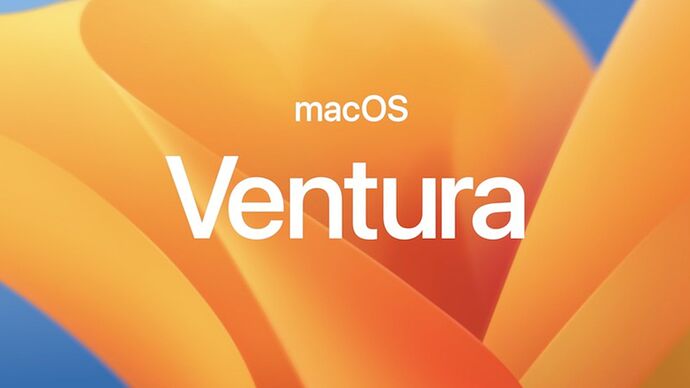 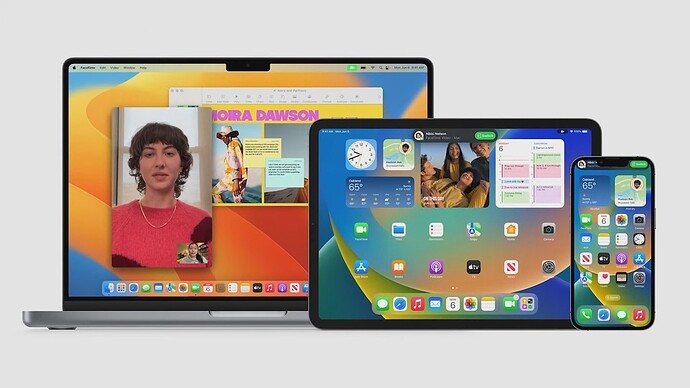 Here's when you can download and install iOS 16.1, iPadOS 16.1, and macOS Ventura 13.0 to enjoy the new and exciting fetaures they pack. 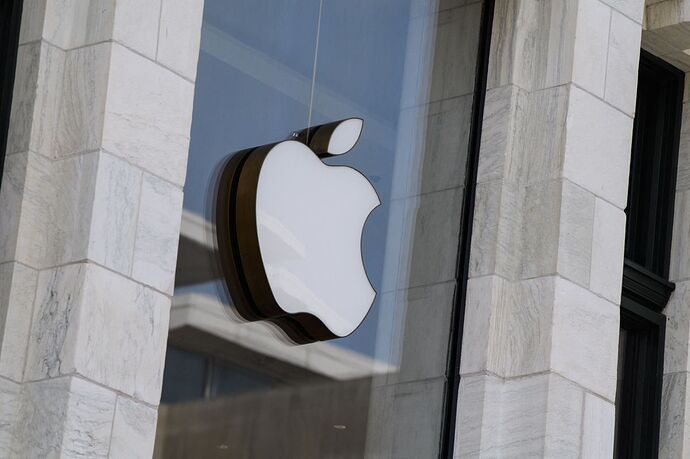 Apple will release iPadOS 16 and macOS Ventura on October 24

Apple is releasing iPadOS 16 and macOS Ventura on October 24, the company confirmed on Tuesday amidst a slew of other announcements. You'll finally be able to get your hands on iPadOS 16 next Monday, October 24th.. 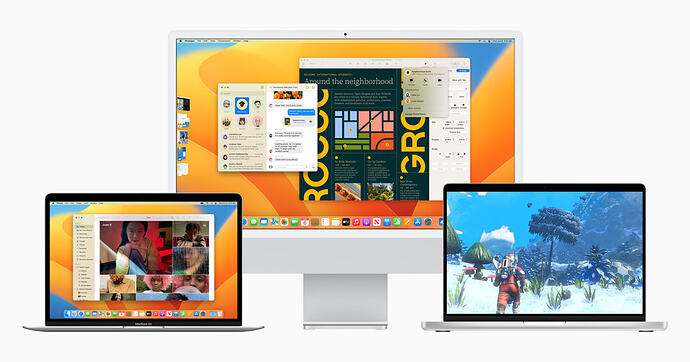 macOS Ventura, the latest version of the world’s most advanced desktop operating system, takes the Mac experience to a whole new level.

The power of Apple silicon enables every new Mac to run AAA games with ease, including upcoming titles such as EA’s GRID Legends and Capcom’s Resident Evil Village. And since Apple silicon also powers iPad, game developers can bring their AAA games to even more users, like No Man’s Sky from Hello Games, which is coming to both Mac and iPad later this year.

Metal 3, the latest version of the software that powers the gaming experience across Apple platforms, introduces new features that take the gaming experience on Mac to new heights and unleash the full potential of Apple silicon for years to come. MetalFX Upscaling enables developers to quickly render complex scenes by using less compute-intensive frames, and then apply resolution scaling and temporal anti-aliasing. The result is accelerated performance that provides gamers with a more responsive feel and graphics that look stunning. Game developers also benefit from a new Fast Resource Loading API that minimizes wait time by providing a more direct path from storage to the GPU, so games can easily access high-quality textures and geometry needed to create expansive worlds for realistic and immersive gameplay. 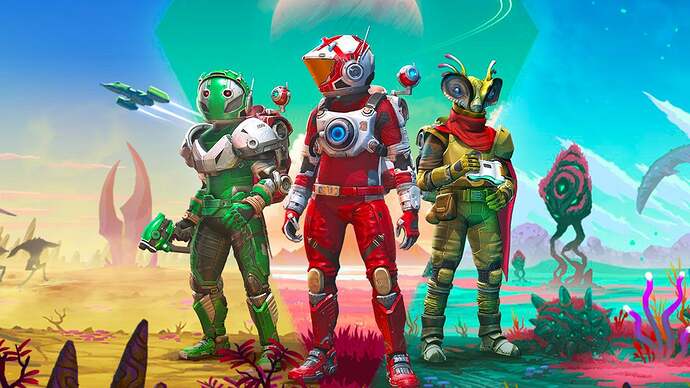 One of the biggest surprises from Apple at WWDC 2022 was the focus on gaming on both the Mac and iPad. Sadly, a lot of people missed out on this because there was a lot to cover. It actually is a big deal because it will help iPads grow further into...

Since “NMS is coming to both Mac and iPad later this year,” October 24 could very well be that date.

Or at least anytime after the 24th.

Interesting comment;
No Man’s Sky, coming to Mac later this year, will be one of the first games to use MetalFX Upscaling. The frame rate increases, giving you that responsive feel, and it looks beautiful.

SM has tweeted this twice now

Hmmm, merch is cool, but I have a feeling this is merely a shared interest in the techniques used to model this. Pretty impressive actually, to be able to model it out of a volume cube. He sure knows his stuff, to show off this reasonably new Blender toy

What’s a volume cube? I first thought this was about 3D printing. Or is this tweet about rendering in Blender?

A volume cube is a way to model the space within a cube using a density function. Commonly used for effects like fog. It breaks the cube (actually it can be a rectangular prism) into smaller cubes called voxels (volume pixels) and decides to show or hide that smaller cube based on the density at that point. Make the voxels small enough and you get a smooth surface. You can also use something similar to ‘marching cubes’ to find the boundaries between densities and add a polygon skin there for rendering in the GPU.

By adding functions for spheres, torus, or random noise or any other math function you can model the volume into any shape. I haven’t found a good example that demonstrates how this ship was made using Blender’s node, but you could look up “Inigo Quilez” on YouTube to see an application of this outside of Blender. Sean mentioned Inigo as a resource before NMS was released and I had used some of his signed distance functions in my own graphics before that. If you are inclined to visit his channel, checkout the girl and the landscape (two most recent) videos to see what can be modeled purely in math. BTW, if your computer is fairly fast, Inigo’s images generate in real time in webgl within a browser, there are links to shader toy in the descriptions.

I imagine that HG is using something similar in the terrain generation (for example creating caves) so this would interest Sean. By adding, subtracting, twisting, stretching, and blurring the densities you can create pretty much everything land mass related that we see in the game, and it seems the ships could be done as well (maybe not as efficiently

This article highlights the loose lore threads and hopefully, someday, HG will tie them off. 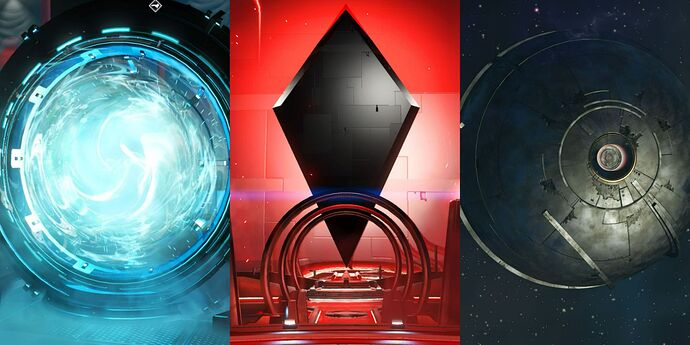 There are still some cosmic mysteries that the ending of No Man's Sky didn't solve.

Speaking for myself, I don’t want the story threads neatly tied up. There is a certain charm in the game having so much mystery rippling throughout the lore.

I guess I have a high tolerance for uncertainty and I enjoy not knowing, and privately speculating wit no definitive answers.

What I would like is for the Lore stories to have an option to be able to toggle them off. I am tired of being hounded to repeat story lines that I have already completed. I can’t help wondering if others feel the same.

I can’t help wondering if others feel the same.

I’m pretty sure most people feel the same after a hundred hours or so. A simple “ignore this task/story/mission” would be a nice addition.

Hmmm. A possible idea for a game enhancement – a low % occurrence of graveyard systems. Ones that have a dwarf star, no planets, but a multitude of planetesimals. Think large asteroids, not small moons.

Scientists discover a mysterious solar system. It’s nothing like ours. (msn.com)

Such systems would have no portals, no space stations, and no NPC or settlements. Players would need to discover such systems by chance or get glyphs or by getting coordinates/glyphs for a nearby system from other players.

The planetesimals would be large enough to land on, exit, and mine. Resources could be of an exceedingly rare type. Perhaps a few unique artifacts could be found by “digging.”

Perhaps a new type of space fauna could be found. One that scans or scavenges such graveyard systems.

Etc. you get the idea.

A possible idea for a game enhancement

I love this idea!

I guess this YouTuber is not aware of how much is already known (and possible with mods) for a long time (Origins 3.0).