Why is there a No Man's Sky Traveller on this Crypto Gaming Article?

I was looking at some crypto news and did a double take when I saw this article.
Why is there an NMS traveller in the picture? Is Hello Games planning to do something with Cointelegraph, or did CT steal the design of the NMS traveller? 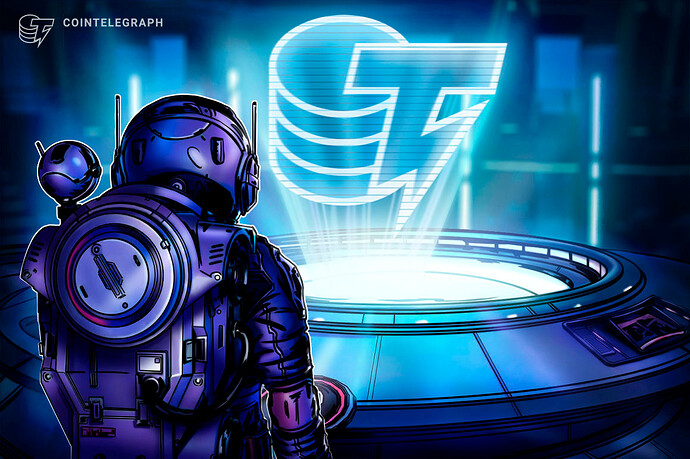 I wonder if HG is aware? Perhaps you should reach out to them…

Why is there an NMS traveller in the picture?

Because it’s a “terminal”, and it looks futuristic, I’d guess. And for some reason crypto-currency is associated with futuristic stuff.
Also, I guess a game like NMS is a crypto-developers wet dream (think of all the NFTs you could generate!), but of course they’d actually have to get of their scamming asses and actually invest something, so I guess they’re never going to get it

I hope it was random. I’d hate to see Hello Games implement any type of crypto nonsense in their games.

They’d have to rewrite the entire underlying data structure and most of the network code of the game, so I really don’t think you need to worry about that.

“HubCoin has a set value that isn’t able to be duped or otherwise glitched, can’t be farmed, and won’t ever be handed out on the nexus. This is the real value of Hub Coin…”

And another article about the same currency from NME

“‘No Man’s Sky’ players have created their own useless cryptocurrency
Although HubCoin works the same as other cryptocurrencies, it has no value whatsoever…
A No Man’s Sky community has created its own cryptocurrency for players who have reached the endgame…”

I like how the article is worded ‘useless cryptocurrency’ which reminds me of the silliness Douglas Adams would write about in the Hitch Hiker’s Guide to the Galaxy. That brought back fond memories of a quote from his books about the useless half of the population, from planet Golgafrincham, who were wooed by the promise of a better life and then ejected in a starship, that stuipidly crashed into Earth, ruining the billion year experiment to work out the question of life…:

“If," [“the management consultant”] said tersely, “we could for a moment move on to the subject of fiscal policy. . .”
“Fiscal policy!" whooped Ford Prefect. “Fiscal policy!"
The management consultant gave him a look that only a lungfish could have copied.
“Fiscal policy. . .” he repeated, “that is what I said.”
“How can you have money,” demanded Ford, “if none of you actually produces anything? It doesn’t grow on trees you know.”
“If you would allow me to continue… .”
Ford nodded dejectedly.
“Thank you. Since we decided a few weeks ago to adopt the leaf as legal tender, we have, of course, all become immensely rich. […]

“But we have also,” continued the management consultant, “run into a small inflation problem on account of the high level of leaf availability, which means that, I gather, the current going rate has something like three deciduous forests buying on ship’s peanut.” […]

“So in order to obviate this problem,” he continued, "and effectively revalue the leaf, we are about to embark on a massive defoliation campaign, and…er, burn down all the forests. I think you’ll all agree that’s a sensible move under the circumstances.” Douglas Adams

Fiction mimicking reality maybe…or is it the other way round…?
O.O

Read about it, yes. NMS players are a creative bunch.
And hello back atcha

Why the heck didn’t they call them units?

I wondered the same thing.