As one of their regular visitors, I just got an email from the Victoria and Albert Museum, London.

They will be hosting an exhibition about video games, from September 2018 to February 2019. It’s called “Video Games - Design, Play, Disrupt”.

No Man’s Sky will be one of the featured games. 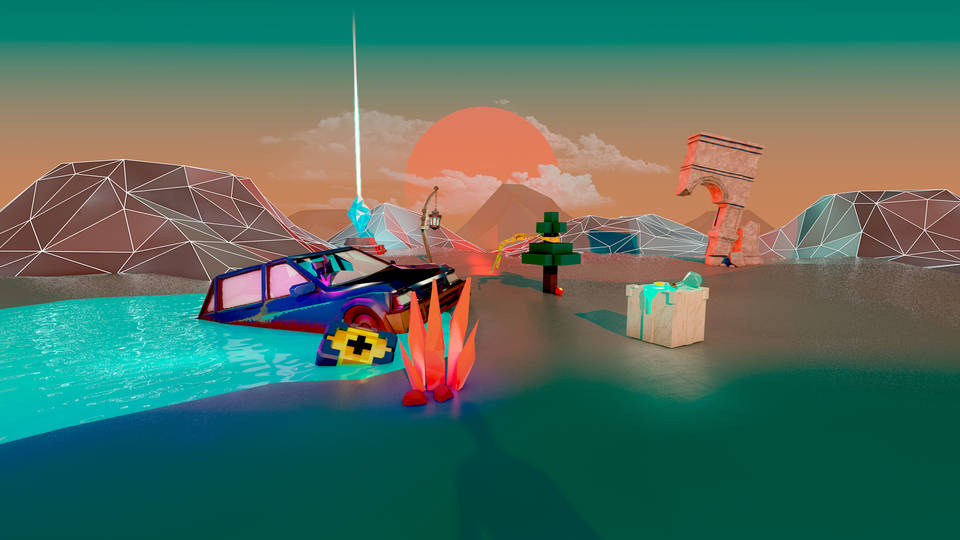 Tell us you ARE going. I would imagine that’s gratifying to the devs as well - considering the amount of games to choose from.

Lol they made it already to a museum!
Well, who knows what surprises this game may hold for the future yet…

Nobody likes a smartass.

NOTE - my comment “Nobody likes a smartass” is a joke . It’s intended to be humorous, and not an attack on a vigilant investigator of typing errors,

lol i realise that no worries, well corrected Sir

Always nice when things in your life aline like that

Well, a lot do, but very few when compared to the amount of videogames in existence. I’d easily put early lucas arts games in an exhibition, or if I could only pick one I guess it’s be Monkey Island as it was a big step for point and click adventure games.

Minecraft, flower, transistor are another three very recent examples I’d slap on there too. There’s more I’m sure but right now all I can think of is breakfast.

NOTE - my comment “Nobody likes a smartass” is a joke . It’s intended to be humorous, and not an attack on a vigilant investigator of typing errors,

Sometimes that post joke disclaimer is quintessential on the innnernettes, I’ve discovered in recent months twitter has absolutely no sense of humor, it’s very political and full of forceful ideologies, which is kinda funny I suppose since they’re having deep political conversations somehow with 180 characters so nobody really says anything and it devolves into back and forth insults or statistics.

I said it before and will say it again I think the game worthy of a video game BAFTA in some categories.

Oh my… don’t forget to take pictures @Polyphemus , or you shall be doomed forever!!

Thanks for the info @Polyphemus I will go and check this out.

It’s been a very busy week. I spent most of Friday, Saturday, and Sunday chasing giants around my home city of Liverpool.

On Monday, I went to London, and today, I visited the Victoria and Albert Museum, to see the show they’re running, which includes No Man’s Sky.

Here’s the Victoria and Albert Museum.

And here’s the banner for the show:

The first thing I have to say is that it was extremely dark inside, and photography was very difficult. The V&A won’t allow flash or tripods, so most of my pictures were awful. I’m including the ones I could salvage, but they’re not very good. My apologies, but that’s the way it is.

The exhibition covers 16 games, so NMS only gets a small part.

There was a video wall showing robot drone pictures of random worlds. Hello Games couldn’t physically check all the worlds the game can create, so they sent robots to do the job.

There was some concept artwork (most of my photographs were garbage, but here’s a few that made it):

There were some interesting examples of developer tools.

And exit through the gift shop…

As for the rest of the show, it seemed to me that they kind of missed the point. OK, the Victoria and Albert is probably the oldest, and one of the most prestigious, Art and Design museums in the world. So you would expect them to concentrate on the art and design aspects. But it didn’t seem to occur to them that video games should be fun.

There was lots of stuff on gender issues, and inclusion, but very little about enjoyment. They had lots to say about the transgressive nature of indie games, but not much to say about why people would want to buy these things in the first place.

If you happen to be in London, it’s perhaps worth an hour of your time, but it’s not free, and it’s not cheap. Otherwise, I wouldn’t advise you to bother.

There was lots of stuff on gender issues, and inclusion, but very little about enjoyment.

Giant dolls…looks like the makings of a creepy Dr Who episode, lol.

The giants are a big thing here in Liverpool. Actually, they’re French. And completely unconnected to No Man’s Sky.

I will read it.

OK. This will take some time. And may involve me making some Youtube videos.

It will probably take me a few days. It’s a long story. About giants.

Well, actually, it was just a dream about giants.

This may take a while.

Hello Games couldn’t physically check all the worlds the game can create, so they sent robots to do the job.

I just love the thought that a drone had to be sent out to achieve the task - the game is THAT big. Just like ‘Voyager’ in the Star Trek movie it returns to Earth or rather Guildford lol! Just brilliant. Glad you went along, wish I could go.

As for the giants you may not need to write a story @Polyphemus (though I am sure it would be entertaining). Here’s the ITN news story link I watched the other night. It also comes with video

Giant puppets return to Liverpool for the last time

Huge mechanical puppets walked through the streets of Merseyside as part of a series of events called Liverpool's Dreams. Little Boy Giant and Xolo the dog returned to city for the last time to mark a decade since it held the title of European...

There is also the Cornish Man Engine story.

The UK's largest mechanical puppet rises up on a Cornish cliff to start its tour of the country.

I LOVE THE DOGGIE!!! I want him in my front yard.