Could be the first showing of NMS on the Chinese platform 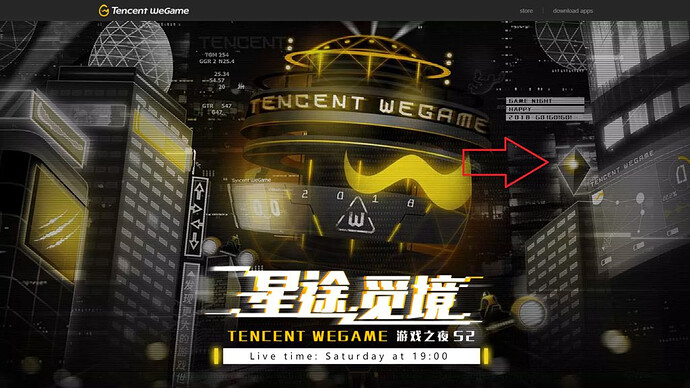 I gave you credit for this find in my new video @DarkbyDesign. 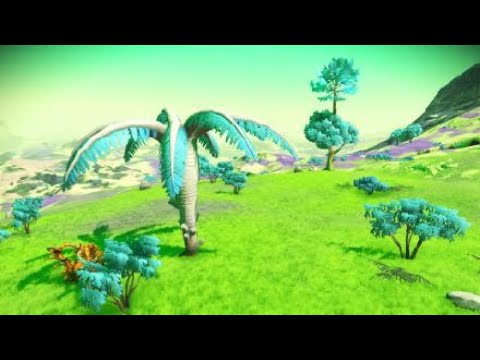 thanks but i was just posting what i learned elsewhere

If NMS wasn’t at E3 I sure as hell don’t expect them to be in China at a Tencent stream…Tencent as far as I understand is bigger than Steam and right now the game doesn’t seem to have enough heat across social media to get their attention…but I’d be happy to be wrong…NMS NEEDS some big time exposure for the launch of NEXT…the total lack of ads for it is frustrating me…not just because I want to see more of the update but because most of all I’d love to see Hello Games have a commercially successful release for Xbox and Tencent.

I reckon they’ll, if anything, show off the game as it exists and stream some 1.3 and talk about what will be coming to the game when it arrives to tencent.

If we get next footage I’ll be surprised and actually disappointed a little, they seem to be pretty happy to use the ARG to deliver things.

Well, there is an Atlas symbol, right there on the front-page… I don’t expect to understand a single word or that they show “X” about the new build, but if my Mandarin was up to par, of course I would expect them to talk about NMS!

The ARG is good to keep us core fans entertained…but most of us own the game…many of us on both PS4 and PC…the ARG won’t really generate much in the way of sales on Tencent/Xbox. and is no substitute for a proper marketing campaign for the audiences that don’t really know much of the game…the Tencent and Xbox fans.

I think we’ve had this conversation before

I’ve spoken of them needing an ad campaign before…and they do…there’s not many people in this ARG going “Oh man I can’t wait for Tencent/Xbox release”…there really aren’t…a handful here and there but nothing substantial.

I can’t speak for tencent but I know lots of xbox one people very excited to be getting this game. When it comes to digital platforms like steam, proof of concept and word of mouth seems to be enough to market a game there, in fact that’s how most of the big non AAA games even make a name on that platform.

The advertising trails you’re asking them to adhere to are quite costly (usually more than developing costs for the same time frame) and I don’t think it’s an expense they could justify at this stage, and I think Sean more or less made it clear they never want a hype train like they had previously, did more damage than good.

This is the kind of game that exists on its own merits, the people this game is for will find it and what I’ve witness over the past twelve months of being here is that people just sorta wander in, say they always wanted a game like this and so glad they found it.

And when I say I’d prefer we unlock footage via the ARG, I don’t mean it stay exclusive to the ARG, I just meant if a trailer is coming to promote the launch day in the week or two before it hits, It’d be nice if it was something the community worked to uncover first.

Having to adhere to Ms pre order policies and their inhouse advertising already kinda ruined the surprise of seeing a physical model of our exo suits, I was happy getting those teasing shilouettes.

Especially Simons… I want to stalk @Mad-Hatter from a distance with those beady eyes. Reminds me of the mothman episode of x files, gave me nightmares as a child

Wait what was that I said about not going off topic about this?

stupid feeble human mind and its lack of discipline

Jeeze!!!
First you blow up my base and send it down a wormhole and now you want to stalk me with the scary suit.
I’ll spend all my time peeking over boulders… “Where’s Toddy…Toddy’s gunna get me”

Don’t say I didn’t tell you…Hellblade by Ninja Teory had minimal to no ads for XB1 after releasing on PS4 and PC several months earlier and the devs were struggling to get to 50k sales…it took them weeks to make that sales goal after they had sold about half a million copies each on PS4 and PC…there’s dozens of XB1 players floating around the more casual NMS places at best…there’s literally no buzz going in that community. And outside those few in the non-NMS related general places there’s nothing about it…at all. You seeing a dozen or so hyped Xbox players is literally nothing. The ARG caters to and reaches almost nobody outside of the established core players.

Isn’t Tencent effectively the Chinese Xbox.
Wouldn’t it stand to reason that the lack of push for Xbox is because the Tencent platform is the actual target audience and Xbox is more of an easy side release because it’s similar.
I could be totally wrong here…

No…Tencent is more like the Chinese Steam(since it’s a PC digital distribution platform, not a console)…and it’s actually bigger than Steam…we just never hear of it because it’s a Chinese-only platform. I do hope they can find a huge market there.

Oh… well there you go. I thought it was a console

.
Well, either way I’m presuming its supposed to be the big moneymaker.
Doesn’t explain the lack of push for the Xbox though… maybe just avoiding hype.

Avoid hype? Why ever would they do such a thing?

As catastrophic as the launch of NMS may have publicly been perceived, the game was a very big financial success for Hello Games. Say what you want about hype, if the game hadn’t sold well there probably wouldn’t be a Hello Games to speak of today and the game would not be in the amazing shape it’s in right now.

They probably all want to play it now and work out what all the fuss is about. Their intelligence gathering operations are probably focusing right now on the plushie tea-party…