You may have already seen these videos on-line. What’s new here is that for the first time, the US Department of Defense have confirmed that these videos are genuine.

A word of caution, though. When I say “genuine”, I mean that the footage was genuinely filmed by US service personnel during the course of their duties, and is genuinely held as part of the Department of Defense official archive.

What the pictures actually show, though… that’s another matter.

The hovering objects seen in the footage are still classified as "unidentified".

I might want to chime in and link a podcast where the pilot making these videos was being interviewed and shared his experiences regarding this encounter. 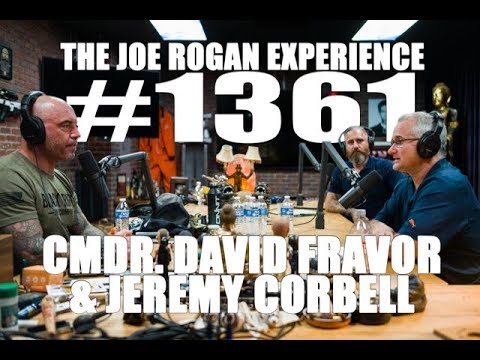 At the time of the podcast, those videos were unofficial, but since they’ve been officially released by now, this puts an entirely new weight on those reports.

To be honest, I’ve been following the phenomenon “UFO” for several years and came to the conclusion long ago that there have been encounters which cannot be explained by our current standards of science.

It might be true that 99 % of all sightings and records are fake, but even if only 1 % remains unexplained, that 1 % are reports containing so much details and records that it can be classified as “true” encounters, as in “flying unidentified objects” that

No amount of research or attempts at explanation can counter these facts. There is something around that casually defies the logic of physics and completely ridicules our “oh so advanced” military technology worldwide.

As for the question, what these objects really are? Nobody knows. And nobody will ever know as long as “they” don’t expose themselves to the public, whoever or whatever “they” are.

I’ve seen interesting theories about the origins of those UFOs, and considering their properties, there are about three major possible points of origin:

Does it mean that one of these points necessarily apply to all confirmed cases? Of course not. I guess the best answer is simply

Like so many things in the universe we don’t know and possibly won’t ever get to know.

P.S.: I can’t count how many times I got ridiculed for “believing” in UFOs. I always stated that UFOs are not something to believe in but something to be investigated and to be taken seriously. It warms my heart to finally see its topic slowly but surely being recognized as something not to joke about.

Part of the communication problem is that most people think that “UFO” means “silly little green men in flying saucers”. While the Department of Defence uses it with the meaning of something recorded in their airspace that they haven’t identified. (Duh.)

We should be interested in such things, first off simply because we don’t want mid-air collisions; and also, much in human history has been discovered by analysing as of yet unexplained phenomena. (Think of viruses and bacteria, took humanity a long while to realise they exist.)

It’s challenging us: Are our senses (radars etc) measuring an incomplete “spectrum”, or are they right and our current knowledge of physics is incomplete? Either way, would be interesting to find out, and learn something new/useful.

I tend to side with @AdaRynin’s view on this issue. It’s been apparent for many years that people are experiencing something, and we don’t understand what it is - if, indeed, it is just one phenomenon.

For reasons it would take me a whole book’s worth of writing to explain, I think it is highly unlikely these phenomena are caused by visiting aliens. I don’t say impossible - just very, very, improbable.

Whatever the cause, if there is something unexplained flitting about the atmosphere, it would be extremely interesting, probably a lot safer, and possibly very useful, to find out what it is.

Did you see this document (it is in Eng) ?
Disclosure Project.
All about UFO, hidden agenda and encounters.
100 min, but it’s worth !
Black budget employers doc.