No Man's Sky's share servers are crashing. Was this planned to coincide with the ARG storyline? (Spoilers)

We at the Spacing Guild have been noticing this for a while now. People’s bases, comm stations and even multiplayer orbs aren’t always appearing, and the game often tells us we are disconnected from online services. Here is an example of a recent conversation we had about it 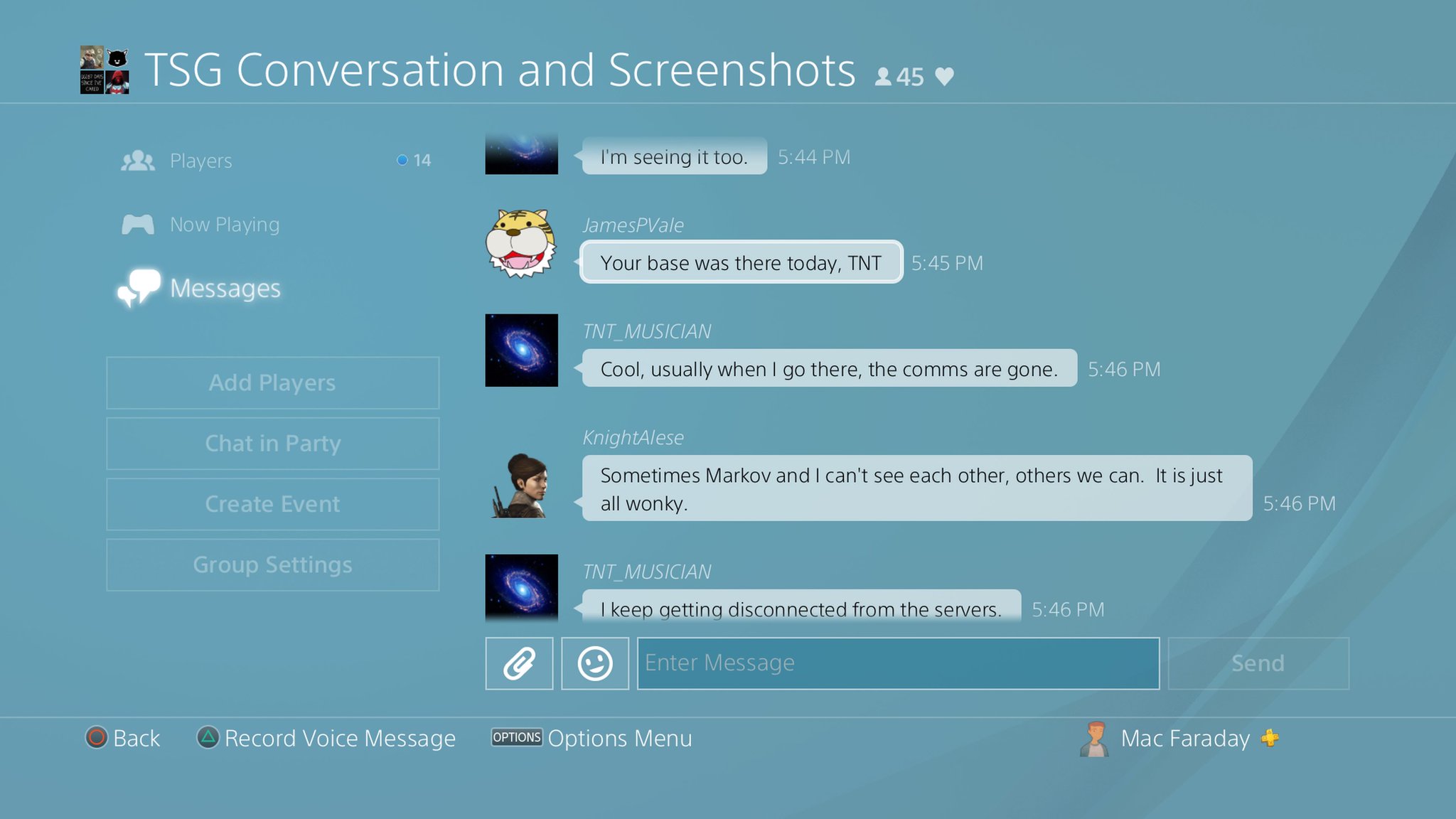 Have others on here noticed this happening? I know the Top of the Galaxy community has noticed and been experimenting with this issue; one of their leaders discussed it on a Cobra TV podcast.

I’m wondering if Hello Games knew their share serves would be at near-full capacity at this point, and that’s why they had Emily/Loop16’s memory crashing in the Waking Titan ARG. It also fits in with the Atlas Rises storyline in which the universe simulation is crashing and will soon come to an end.

It’s kind of cool to think they may have planned for the share servers to start being wonky around the time of the ARG, but it is rather annoying that we have to put up with unreliable share servers until the update 2 months from now.

What do you all think? Is this a serious problem and are HG aware of it and was it worked in as part of the NMS story?

Our experiences suggest it isn’t random but very systematic. It would seem strange though for HG to implement a frustrating server fault to compliment an in-game story and associated ARG plot. I think it may be a fault…
We find ourselves regularly disconnected. Restarting the NETWORK on PS4 fixes it but only for a while.
My entire home planet’s discoveries vanished out of my DISCOVERIES menu and one particular species (a water-snake thing) is no longer even spawning???
I’m of a mind to believe that there must be a server transfer going on and that something to do with that is what is messing up PS4 connectivity.
If it is actually an intended issue to draw a connection between Emily/Atlas & memory problems, it’s a bit inconvenient for everybody.
If its part of ARG stuff then that’s fine (annoying, but fine), however, if it is problem then I hope they get it sorted out soon.
And I want my bloody water-snakey thing back

Also note, this has been happening on PC as well. I have lost a number of comms, noticed I was not connected to the servers and the strangest one, after visiting another base, I return to find my base has experienced an ‘earthquake’ with pieces shifted and misaligned. This forum has also been experiencing odd things like notifications coming up several minutes after a post has been viewed, running out of likes after only a few being used, etc…I thought it was my internet until ppl on cobra started mentioning the same types of issues.

I’m not saying HG is making their servers fail ON PURPOSE. I am saying they could tell their servers would be at capacity by now, and therefore wrote the ARG storyline to coincide with this real-world problem.

Sorry, misunderstood the context. Still, my comment is relevant. If they know and its an unexpected issue, hopefully they fix it.
NMS doesn’t want any bad press on the lead up to release on the other platforms

What I have been thinking is that at some point, they may want to transfer everyone’s data to perhaps a different server, a larger one to support multiplayer in a grand way. If that is the case, eveyone might lose connection to the servers for a few hours(or a few days).

But now that you mention it, maybe… just MAYBE… the ARG is going side-by-side with real world events that HG is working on.

There is an upload process that was going on from around the world in the ARG… maybe that is representing indirectly our game data in portions?

Emily got hooked up to a cloud-like network that is connected to the whole world… maybe that happened side-by-side when HG got on some new servers for NMS that are better suited to support multiplayer use.

The mentions of asteroids(or something) in space in the waking Titan console… Maybe that was released when they actually finished some new feature in the game of asteroids?

I have been having my connection come and go like crazy the last couple of weeks. PS4

Silly question maybe, but did you notify them via Zendesk?

Me personally, no. I know others have though.

I’ve noticed this myself lately, losing connection to online server a lot more lately these days.

Now that the servers are back up, did you get your water snake thingy back?

I had this happening to me last night.

I played yesterday, crashed twice. That didn’t happend since a while now…