No Man's Sky lore and story

Even if No Man’s Sky is unrelated I think any sci-fi fan would be interested in the lore of No Man’s Sky. I thought I would collect some of the game’s story and lore here in one place. Big spoilers ahead. Hello games, the developer of NMS, worked with Dave Gibbons (Watchmen), and James Swallow (Star Trek, Deus Ex) to create the lore.

In No Man’s Sky you can follow the “Atlas path.” This is the main story line in the game. u/KK-DXB of reddit has compiled all lore together before, so I will just link to that page,

There are also three races in No Man’s Sky, Korvax, Gek, and Vy’keen. Again u/KK-DXB has made these,

Once in a while you come across abandoned facilities. There is a story line here as well.

There are two unique NPCs named Nada and Polo. Every time you meet them at a “space anomaly” which is similar to a space station, they provide a story line too.

There is also a comic book that was made and came with pre-orders. u/ABTBenjamins of reddit provides (click top link to go to imgur album), 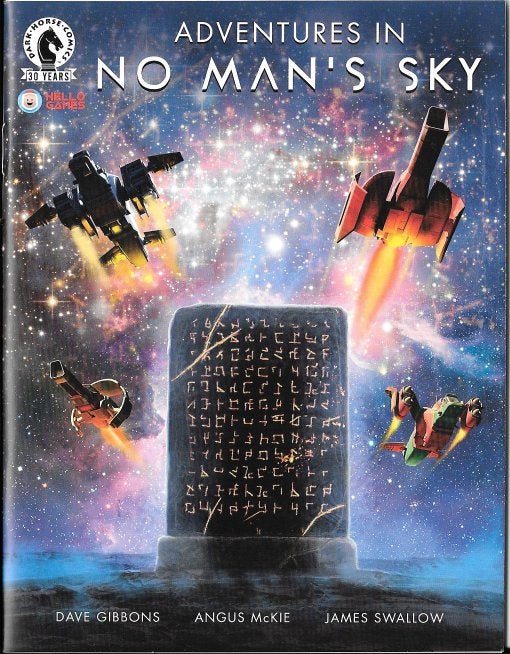 and here is a pastebin dumb from the game files of all the text from around time of the game’s release for a second source of all of the above texts,

Pastebin.com is the number one paste tool since 2002. Pastebin is a website where you can store text online for a set period of time.

Game ending spoiler ahead. When you reach the center of the galaxy you start again in a new galaxy with a new name. You keep your weapon and ship. The galaxies are named differently, 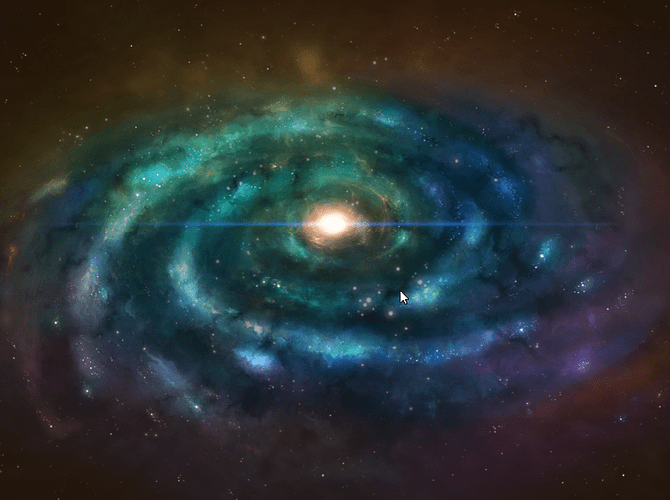 Thank you so much for posting a link to the special edition book! I had no seen it yet since only people who pre-ordered NMS could get it; I had always wanted to read it.

It gives us a couple interesting insights. It explains some about the “space pirates” that attack you constantly in the game, with no real explanation other than that they want your “high value cargo”. It also shows a Korvax rejoining the “Echoes” at a monolithic site.

I moved this to Knowledge Center, and renamed it. I think we ought to try and understand NMS lore better, as a group

Well hey since we’re compiling lore, I’d like to add a little tidbit.

The last major update added a new quest which adds a twist to the tale of the Vykeen. On the final leg of the quest the player must travel to an alien monolith, where they uncover the long-lost final testament of Nal.

[spoiler] Here is the message they receive from the monolith: http://i.imgur.com/gOUIqsC.jpg

[spoiler] Here is what they learn upon returning to the quest-giver: http://i.imgur.com/EmEwPqK.jpg

This is the lore we have had stickied in Portal sub forever now. I’d love to see this stickied here as it’s pretty much the NMS Bible.

Hey have any of you Travellers out there ever been able to make out the computer voice in the very beginning of the game? Right after the “initialize” prompt you wake up on your starting planet and your suit computer says something. I think it’s “Connecting Atlas System suit initialization”, or something like that but it’s never been clear to me.

I thought it was just “Commencing Exosuit systems initialization”. That would make the most sense, but Atlas Suit sounds way cooler!

Ah, “commencing” makes a lot more sense. I always thought that the word “systems” seemed out of place so I was never sure if I was hearing it right. But now given all we know, I wonder if maybe it’s “Atlas Systems”, like a corporate name?

After another listen, “systems” definitely comes before “suit” so it can’t be “exosuit systems”, I’m pretty sure it is “atlas systems suit”

I pulled the file from PC and a group of us went over it. Been a while, but that was fairly unanimous iirc.

That’s what started it