Even though we have deciphered the alphabet, it is still fun to keep track of new posters, etc… so carry on!

I saw this alphabet decoder. Are they reading this forum? I had assumed it was already decoded and I was already late. How can we contribute? EDIT: Feel free to post screenshots of example text from the game, and add your suggested translation in spoiler tags! I studied the posters that are attached to the watertower in my settlement: [grafik] [grafik] 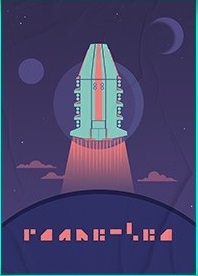 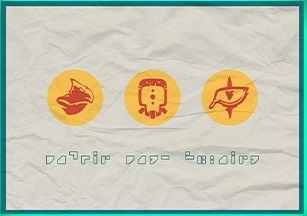 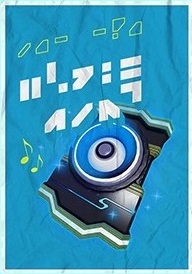 One thing i noticed…

My Multitool seems to have at least 2 (or 3-4?) unknown characters not found in the alphabet, if i’m reading it right. 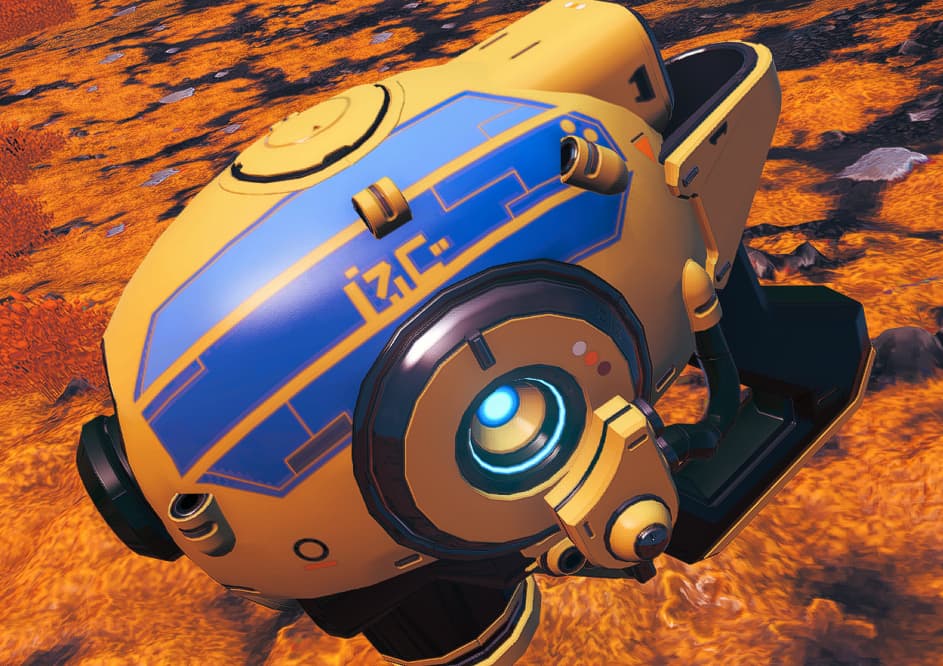 The image is mirrored on the other side of said tool, but comes out to something even more unintelligible…
(something like “(?)Q(?)K”?)

Is this a case of “random letters for looks”, or a character that’s seemingly been missed otherwise? I feel like i’m CANT be the first who’s noticed it…

Welcome to the forum @Higuera
Yes, these symbols show up in a few places including landing pads. I had never noticed on the MT though so, good catch!
My personal hope is that there is another language out there we have yet to learn.

These characters are not part of the same alphabet discussed in this topic. I don’t think these actually have any meaning that we are aware of. They appear to be based on, or closely resemble, another alphabet we have come across in only a few occasions. This has been discussed briefly, quite a while ago in the following topic:

Spotted this on the top of my big baller hauler. I thought all the lettering was HG’s version of NMS hieroglyphics. Yet this clearly says INCORP [20191110162628_1]

The above includes an actual easter egg as well, using the Zephyr Jubilee font (by Allison James aka NAL). I think those so called object ‘decals’ as you show on the Multi-Tool have been based on this font. I will show some additional images, as well as a set of numbers using a different, yet unidentified, but similar font.

These are 6 image files combined, where instead of transparency, I made the background black. It includes your decal from the Multi-Tool at the bottom right, which is called ‘PRESTINEDECALS.BASE.3.DDS’ in the game files. 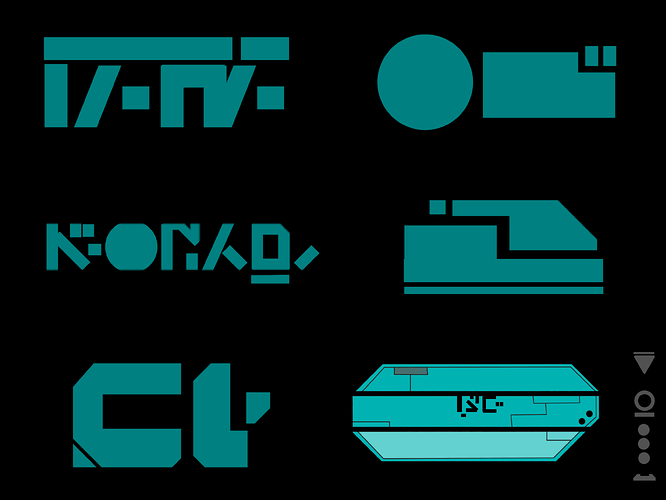 Below the numbers combined, and again with a black background for clarity

These do all share the same/similar green colour, which is likely an indication.

I do find these interesting, and would love to learn more about any possible source or meaning/translation.

Very interesting topic, thanks for sharing your findings!
Can someone check the dates when these graphics were introduced into the game?

I thought (with no means of further confirming it) that these two alphabets were created at different times. The older font that I call NOMAD in my head (the center left word in the screenshot of the cyan words looks like “Nomad”) is an “alienation” of a Latin font to make it look scifi but still readable. The numbers are nicely recognisable when seen together as well.

Maybe a second graphic designer was told recently to add much more text for posters and screens and invented their own alphabet, based on the same lines and angles of the first one?

Of course this is just what I thought when I saw it and just speculation.

PS: E.g. Babylon 5 used this font which looked alien at first glance but was easily readable at second glance: 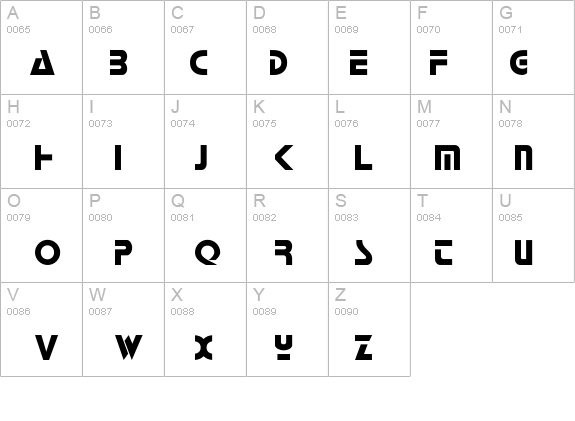 Can someone check the dates when these graphics were introduced into the game?

Note: Earliest version I have been able to check was 1.09. I have file backups for pretty much all major updates since.

6 Likes
All rights reserved by Atlas