A topic for the revisited Expedition 6 - Blighted 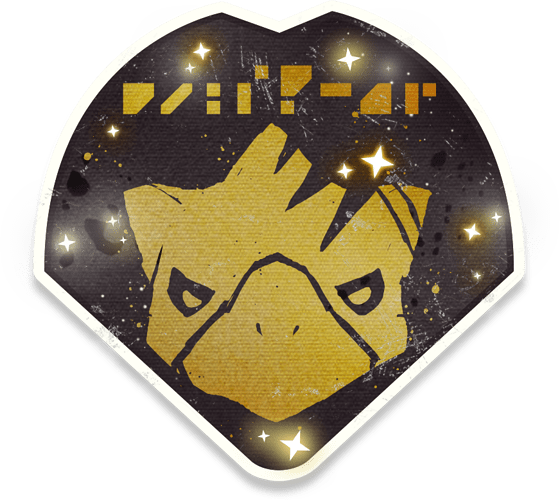 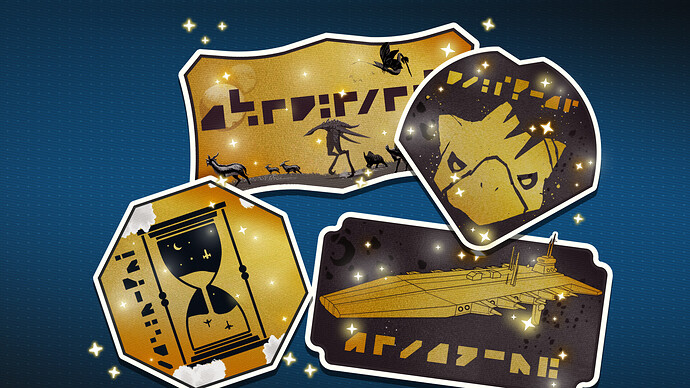 Hello Everyone, In 2021, to close out the year, we re-ran the year’s expeditions in a reduxed format over the holiday season to give people another chance to experience these events and reap the rewards when time is perhaps a little more available....

Previous/initial topic can be found here:

Expeditions Season 6 - Blighted [Blighted] Expedition Six: Blighted will be commencing soon! A distant galaxy has been terrorised by pirates known as The Blight – and the time has come for their secret to be revealed! Journey across the stars in search of a mysterious treasure in this brand new narrative-driven expedition . Exclusive rewards for this expedition include the battle-worn Outlaw Cape , a friendly wayward cube for your base, a generous assortment of flags and outlaw-themed post…

Check the Countdown timer(s) on JSFiddle

Started on Switch. There is a strange loneliness playing on Switch. It suits the game. I never get to see another Traveller, but their comms are clustered around RV points so I know they are out there.

If I change the settings under Custom for Blighted, it puts me into a normal Creative mode game. No connection to the Redux, even though the tab I clicked Custom for was the Blighted panel of new game.

I tried it twice with different custom settings, so I guess I will pass on this one again. (sigh)

On Expedition 5, I found I could start a new game with default Expedition settings and then modify the difficulty settings in-game after the game starts. Probably similar for Expedition 6.

Somehow I need to find more time to play. I completed only 2 phases and a bit more in this one. Sigh.

I will give that a try tomorrow @Waldo3000. Thanks!

Edit: I tried your suggestion. The result was that the game refused to allow any changes to the settings. It was worth a try.

I am not a fan of permadeath, neither am I a fan of being forced to play permadeath or lose out on the adventure. And even beyond that I am quite miffed at the time I have spent on this due to the misleading UI that shows clearly that one can choose to customise, when the game refuses to allow it during this Expedition (6 Redux).

I’ am disappointed, but that’s life.

EDIT 2: Could someone move these posts to the Expedition 6 redux thread for me? thank you!

@TravelEcho: I moved your post and following replies to the current expedition topic

I tried your suggestion. The result was that the game refused to allow any changes to the settings. It was worth a try.

Yes, I noticed that Exp 5 and Exp 6 handle this differently. I was really hoping to be able to make the difficulty of the expeditions easier (I’m looking at you, Leviathan).

I hate combat and am not great at it as a result. I am sick of the sentinel waves that now appear.

As a test during Exp. 5 redux, I shot down a single drone at a facility. I was no match for the drones that rushed in so I hopped into my starship, but if course, sentinel interceptors picked up the attack. I could defeat or escape them.

I had to quickly exit and reload from the last save. That worked, but the experience annoys me still.

We should be able to adjust the settings vs. being forced into set minimums. The lowest threat level other than “none” ought to allow extremely easy threat destruction (if that gameplay really is even necessary).

Nobody should have to “sit out” an expedition.

Switchpedition
For fighting sentinels in this expedition, I found a Sentinel pillar. This way I could knock out all sentinel related goals at once. This sentinel pillar was at the bottom of a hill so, I pulled out my MT, dug a small cavern, then built an earthen sniper’s hut with a ‘window’ that opened on 3 sides. From there I was able to take out the waves and resupply from their drops. It was a tedious task but, I got her done.
Then I flew to a water planet to take care of the Nautilon business and almost ended everything.

I jumped into my nautilon and headed out to find the lost pilot. Once there, I jumped in the starship to see about scrapping it. I needed di-hydrogen but it was back in my starship…so I thought, ok, I will just find some land and call in my ship…so I found some land. My starship was out of fuel…and nowhere to be seen because I jumped into the wrecked one at the bottom of the sea…So here I was… 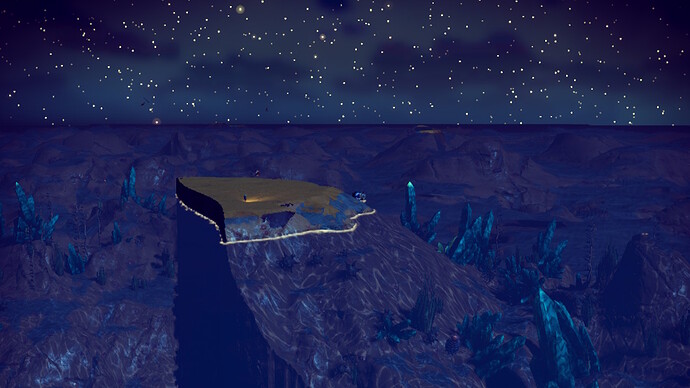 Thankfully, the wrecked ship showed and the water contained crystalline structures with tiny amounts of di-hydrogen in them.

I guess the luck comm paid off. Must have been because I rubbed it like a genie’s lamp out of desperation.
With di-hydrogen gel in hand, I was able to fly the lame duck to the space station and scrap it for 1.5 mil.
6 Likes
TravelEcho December 10, 2022, 4:05am #12

We should be able to adjust the settings vs. being forced into set minimums. The lowest threat level other than “none” ought to allow extremely easy threat destruction (if that gameplay really is even necessary).

Nobody should have to “sit out” an expedition.

I do wish HG would understand this.

I pulled out my MT, dug a small cavern, then built an earthen sniper’s hut with a ‘window’ that opened on 3 sides. From there I was able to take out the waves and resupply from their drops.

That was brilliant! Well done!

@TravelEcho , @Waldo3000 , @Clemm :
From what I have seen, each expedition has a set minimal difficulty level settings. You can make the game harder, but not easier than that specific minimum. These rules are defined within each expedition data if I recall correctly.

And yes, you have to first start the expedition, to only then be able to make changes to the difficulty. It is not possible to fist start a game with a certain difficulty and then get it tied to the expedition.

I guess that is the closest some of us are going to get to this Expedition.

Good thing there is still a lot to explore.

Good thing there is still a lot to explore.

I just realized that I passed up one last milestone in Expedition 5 that would’ve added a few more rewards before it ended that night. I forgot to use my anomaly detector to see if space encounter would appear.

Between work and home-work plus a bad cold, I didn’t have time to do it all. 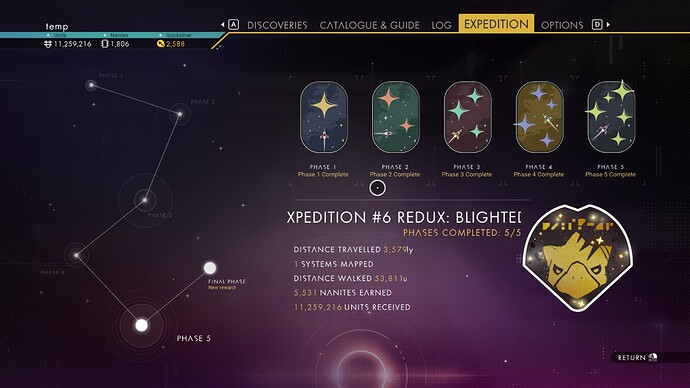 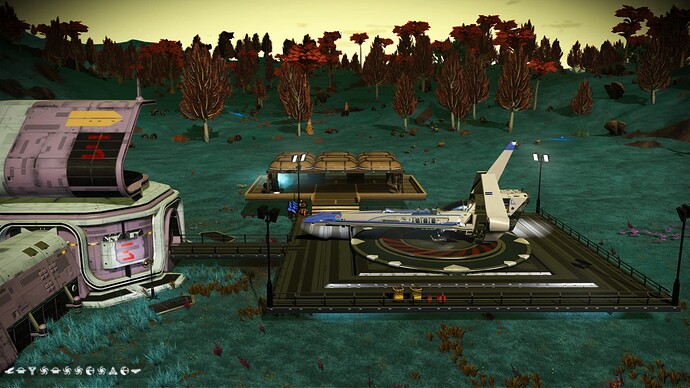 “You’re a better man than I, Gunga Dinn!”

(I probably butchered that.)

It seems rather out of context, to be sure…

An’ he plugged me where I bled

Might be a more appropriate line for this expedition.

Between aggressive sentinels and pirate attacks, this is one of the more dangerous ones. I raided one aggressive sentinel planet for gravitinoes. Jumped into my ship to fly away but they caught up with me in space. Raced to a planet with no sentinels because there was no space station. Took out the sentinel ships but could not land in time to evade them finding me again. This resulted in a pack of angry sentinels searching for me on a planet with no sentinels. I dug a cave and hid out until they called off the search. I carefully dug myself out and watched them from a distance and was finally able to sneak away.