I’ve never been a keen base builder. In the past, I’ve made what I needed, and not bothered with the aesthetics too much. However, I know there are people here who are very keen on building, and probably know a lot more than I do. So:

I find I am unable to place a landing pad anywhere other than on open ground. I know it used to be possible to incorporate landing pads into buildings, but I don’t seem to be able to do it now. Is this a bug, a new thing, or am I doing it wrong?

I can’t attach an access ramp to any building. I can make the ramp, but wherever I try to place it, it turns red and says “cannot place here” (or words to that effect). Again, bug, or me doing it wrong?

Advice would be appreciated.

I actually rebuilt my current normal mode base around a landing pad that I placed on the ground. It’s attached to a new concrete wall piece, and I don’t remember for sure but I may have needed to use both a doorway piece and an old-style door piece to get them to connect. Also notable is that while the pad is sunk slightly into the ground, the connected wall is up above the ground about one short-wall height. So the connection point may now be too low for typical placement. They might still connect to the old parts properly, but I haven’t tried that yet.

When placing a Landing Pad, basically imagine it having a door where you try to attach it to. So it only goes where a door can be placed. As soon as you place it, a door is actually created, even though it doesn’t show initially. Of course when it does snap, it shows the correct result in green/red, depending on being able to place. Basically it snaps to any pre-next structures where you would be able to place a door. It snaps to any new NEXT walls or alike, Wall, Arch, even the new Windows, but they are changed into a wall with door from the landing pad, so make sure to use a wall, instead of a more expensive window just to see it change.

The Access Ramp only attaches to both the pre-Next doors and itself, but only if nothing else is in the way. They can still be rotated at two different angles.

I have not tested all cases, but once you placed the Landing Pad, you can remove the part it was attached to, which will then keep the Landing Pad in place, but without the door/walkway.

Example with two landing pads right next to each other, snapped to a Wooden Arch. Notice the doors created. 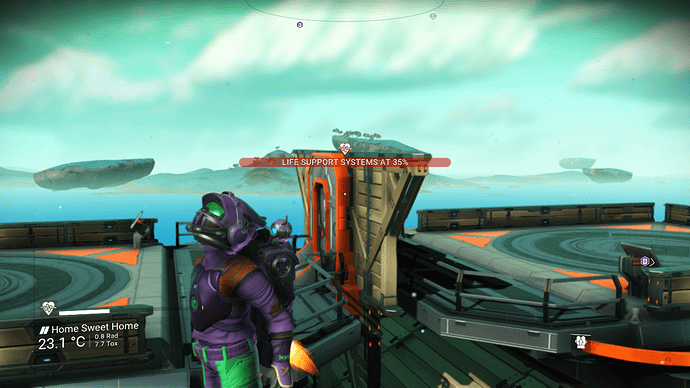 Now removed the Wooden Arch, which removes the doors as well as the pathways created to lead to the doors. 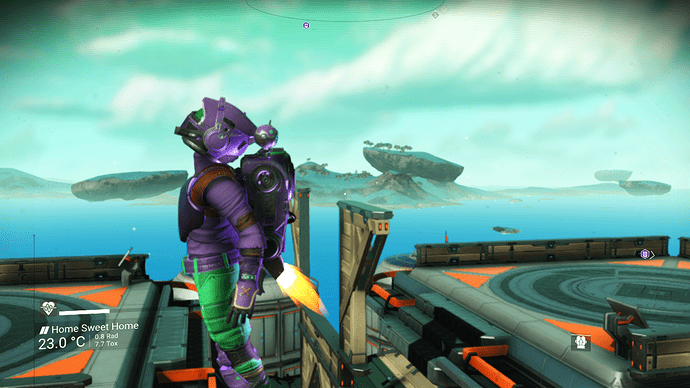 Excellent mini tutorial @DevilinPixy! Was not aware of these constraints with the landing pads. This will help once I unlock them.